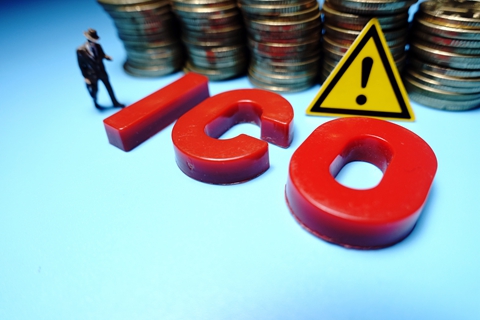 The Hong Kong Securities and Futures Commission Tuesday gave notice that ICOs, the controversial mechanism for raising funds using new blockchain-based currencies, are likely to fall under securities laws. Blockchain refers to an advanced type of coding that’s behind digital currencies such as Bitcoin.

The SFC said in a statement that it noticed an increase in the use of ICOs to raise funds in Hong Kong and elsewhere and that certain ICOs have terms and features that may mean that they are securities.

“Depending on the facts and circumstances of an ICO, digital tokens that are offered or sold may be ‘securities’ as defined in the Securities and Futures Ordinance (SFO), and subject to the securities laws of Hong Kong,” the commission said in the statement. That means such activities would be required to register and be regulated by the SFC, based on the statement.

In some situations, digital tokens could be seen as shares, debentures or interests in a collective investment scheme, rather than the virtual commodities they are usually characterized in ICOs, the SFC said. For instance, token holders may be given shareholders’ rights, such as the right to receive dividends and to participate in the distribution of the corporation’s surplus assets upon winding down.

Other countries have also started to tighten scrutiny of ICOs. The U.S. government said in July that ICOs need to be registered and treated as securities in most cases. Canada’s securities watchdog said earlier this month that it plans to treat some cryptocurrencies offered through ICOs as securities.

A day before the SFC statement, China’s central bank denounced cryptocurrency fundraising and imposed an immediate ban on all current and prospective ICOs.

In a document jointly released by the central bank and six other regulatory bodies dated Monday, the regulators called ICOs an “unauthorized fundraising tool” that may involve financial fraud and pyramid schemes, holding the potential to “severely disrupt financial and economic order.”

The regulators ordered organizations and individuals that have already completed fundraising to liquidate the proceeds and refund the investments. They also required websites and mobile applications involved in ICOs to be shut down and removed from app stores.

Shortly after the regulators’ move, 24 major Chinese cryptocurrency exchanges such as ICOinfo and ICOage halted all ICO activities.

Unregulated until recently, ICOs have become increasingly popular in recent years both in China and abroad because of astronomical gains in value. But they have also been plagued by scandals.

In a typical ICO, investors would receive digital tokens via a virtual-currency exchange. Issuers promise to exchange investors’ tokens for goods, services and even equities. Investors mainly use other cryptocurrencies such as Bitcoin and Ethereum to make purchases in these ICOs. The issuer of an ICO simply files a “white paper” to the public stating the function of the tokens, without any audits or regulatory reviews such as initial public offerings (IPOs) of conventional securities are required to undergo.

During the first half of this year, 105,000 investors in China snapped up 2.6 billion yuan ($396 million) of new virtual currencies through 65 ICOs, according to a government-backed study.