By Yang Ge and Li Zengxin 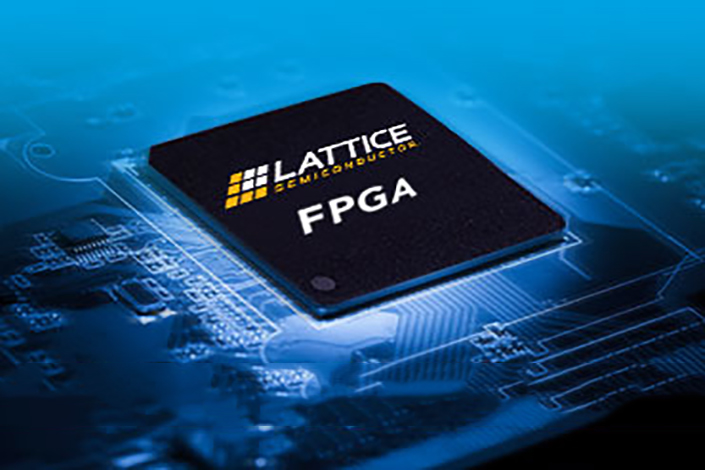 The Trump administration's move to not allow a Chinese buyer to acquire U.S.-based Lattice Semiconductor Corp. could signal that the U.S. is becoming more aggressive in its bid to stop the movement of advanced chipmaking technology to China. Photo: Lattice Semiconductor

U.S. high-tech chipmaker Lattice Semiconductor Corp. said it has terminated its plan to be purchased by a China-backed buyer, after U.S. President Donald Trump ordered the two sides to scrap the deal over national security concerns.

The decision comes nearly a year after Lattice first announced the plan to sell itself to a group led by private equity firm Canyon Bridge Capital Partners for $1.3 billion. It also follows several attempts to salvage the plan with mitigating steps after Washington voiced previous concerns. Despite those efforts, the two sides were unable to reach an agreement that satisfied everyone, Lattice said in a statement late on Wednesday in the U.S.

The decision extends a recent string of similar moves by Trump’s predecessor, Barack Obama, and could signal the U.S. may get more aggressive in its bid to stop the movement of advanced chipmaking technology to China, which has earmarked billions of dollars to build up the sector, analysts said.

Lattice announced its termination of the deal shortly after the White House released its own statement that Trump was blocking the plan. Lattice said the Committee on Foreign Investment in the United States (CFIUS), which reviews all such cross-border deals for national security concerns, had asked Trump to make a decision in the matter.

The White House statement pointed out the Canyon Bridge group includes two China-linked entities — Yitai Capital Ltd., a company organized under the laws of Hong Kong; and Yitai’s parent, China Venture Capital Fund Corp. Ltd., a China-based corporation. It said allowing the deal to go forward “might take action that threatens to impair the national security of the United States.”

Following that determination, Trump said the transaction was prohibited and “the purchasers and Lattice shall take all steps necessary to fully and permanently abandon the proposed transaction not later than 30 days after the date of this order.”

Lattice shares rallied 3% during the Thursday trading session and rose nearly another 1% in after-hours trade, as uncertainty surrounding the deal ended. But even at their current levels of about $5.80, they are still well below the $8.30-per-share price that the Canyon Bridge group had offered in November. The stock initially jumped nearly 30% after the deal was announced last year, but moved steadily downward after that, as signs of resistance emerged from Washington.

“The transaction with Canyon Bridge was in the best interests of our shareholders, our customers, our employees and the United States,” Lattice CEO Darin G. Billerbeck said in a statement. “We will continue to focus on initiatives that will contribute to Lattice’s long term success, specifically in areas where our affordable, low power, small form factor devices create advantages. Additionally, we remain committed to achieving profitable growth by extending processing and connectivity solutions beyond our core business. Lattice’s future remains bright.”

Trump’s veto comes less than a year after Obama similarly blocked the sale of German chipmaker Aixtron SE over national security concerns. Similar concerns have also slowed down approval for a Chinese buyer’s proposed purchase of the Chicago Stock Exchange, a minor U.S. player in the stock-trading sector.

Veto of the Aixtron and now the Lattice deals may be partially motivated by national security concerns, but are also probably being prompted by U.S. worries over China’s recent campaign to build up the nation’s high-tech chip sector, said Gartner analyst Sheng Linghai. Despite being the world’s biggest consumer of such highly profitable chips that power devices as diverse as smartphones and microwave ovens, China still has to import most of those from other countries.

“The U.S. doesn’t want to see China’s chip industry advance and get stronger through this kind of acquisition,” Sheng said.