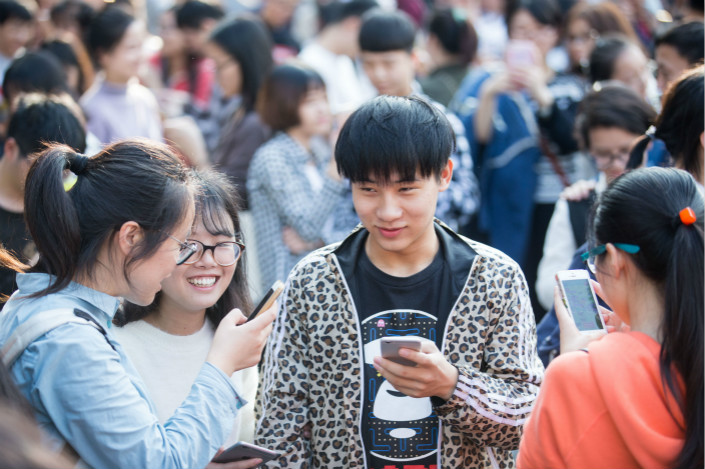 A source with knowledge of the situation said that the Qudian Inc. IPO is likely to help kick off a wave of fintech listings before the end of this year Photo: Visual China

Online consumer microlender Qudian said it plans to raise up to $750 million in a New York IPO, in the second of two major financial technology (fintech) deals this month which are expected to kick off a wave of similar listings by year-end.

Qudian Inc. disclosed the fundraising target in its first public filing with the U.S. securities regulator late on Monday. But a source with direct knowledge of the situation told Caixin the final fundraising amount is likely to exceed $1 billion, possibly making it the largest IPO by a Chinese company in the U.S. this year.

The filing comes just a week after ZhongAn, an online-only insurance company with ties to internet giants Tencent Holdings Ltd. and Alibaba Group Holding Ltd., also launched its own initial public offering (IPO) in Hong Kong, in a deal expected to raise up to $1.5 billion.

“There is a wave of fintech deals coming,” said the source, referring to a category of next-generation financial services companies that are largely based online. Both Qudian and ZhongAn fit that description, the former providing consumer loans averaging about 1,000 yuan ($152) over the internet, while the latter offers internet-based insurance policies that are also considered a financial product.

Qudian’s first public filing showed a company whose profits and revenue have soared as it shifted from its roots as a provider of small loans to college students to initiator of broader consumer loans that can be sold off to third-parties. The company’s revenue grew five-fold to 1.8 billion yuan in the first six months of this year, while its profits rose eight-fold over the same period to 974 million yuan, according to its prospectus.

The company had about 5.6 million active borrowers at the middle of June, more than double the total from a year earlier. Its transactions for the month of June were worth 21.5 billion yuan, more than triple the amount from the same month a year earlier, according to its filing.

The Qudian and ZhongAn filings come as two other deals also tied to Alibaba and Tencent make their way to market. The more advanced of those has seen Alibaba-backed logistics provider Best Inc. file to raise up to $1 billion most likely by the end of the month. The other has Tencent’s online literature unit China Reading moving towards an IPO worth up to $800 million in Hong Kong.

The flurry of offerings is expected to kick off a wave of IPOs for more Chinese fintech companies, which have risen rapidly over the last five years as China opens a financial services sector once monopolized by state-owned entities to private investment. Other fintech companies that have taken steps towards offshore IPOs include Hexindai, iClick and Ppdai. A fourth company, peer-to-peer lender Lufax, had been moving towards a major IPO in Hong Kong or China, but has gone silent since the start of this year.