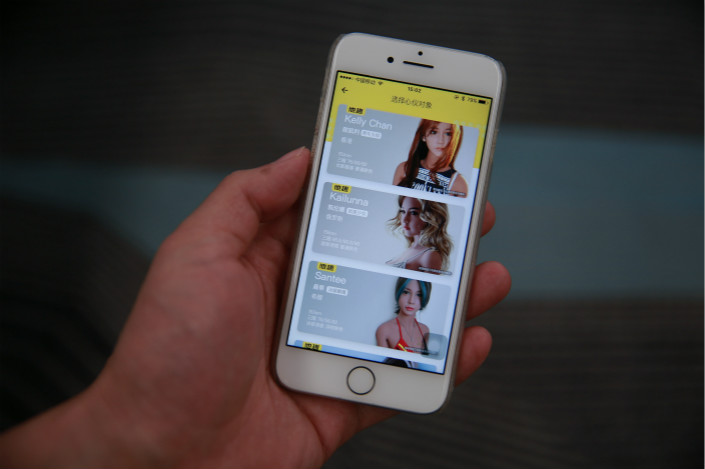 The company behind the now-ended sex doll rental service (pictured) has said that it will pay more attention to its "social responibility" in future after being slapped with a police fine. Photo: IC

A wave of public outrage has taken the air out of China’s latest shared-economy concept — a sex doll billed as a girlfriend alternative for the nation’s droves of lonely single men.

The failed experiment comes as Chinese entrepreneurs take liberties with a concept begun in the West, allowing consumers to share items including bikes, basketballs and umbrellas.

But the “shared girlfriend” concept took the trend just a little too far, as an entrepreneurial company in the southeastern city of Xiamen quickly discovered. Less than a week after launching its innovative service, Xiamen Haibao Information Technology Co. Ltd. pulled the plug on its latest offering after being slapped with a police fine.

Haibao is the operator of Touch, an e-commerce app that specializes in adult products like lingerie and sex toys. It added the shared sex doll to that lineup last Thursday, but announced Monday it was suspending the service in the face of overwhelming criticism just a week later.

"Considering the extensive controversy that exists over the ‘shared girlfriend’ service, the company has after serious deliberation decided to halt this project," Haibo said in its statement. Touch had initially said it started the service to “help more people experience love and joy,” but apologized for any “negative influence” it may have had on society.

The short-lived service offered five life-sized dolls for rent, including one dressed as a female superhero, armed with sword and shield.

During the product’s brief lifetime, Touch promised to discreetly deliver the silicone “girlfriends” to users’ homes for an 8,000 yuan ($1,212) deposit and daily fee of 298 yuan.

The service immediately attracted huge attention on Chinese social media. Some netizens responded with curiosity, but others were more critical. The chatter got the attention of Beijing police, who fined the company after the dolls were displayed at a promotional event in the city, according to multiple Chinese media outlets.

Touch said in its statement that it will pay more attention to “social responsibility” in the future, adding that “sex itself is not vulgar, and we will continue to strive to help more Chinese experience the joy of sex.”