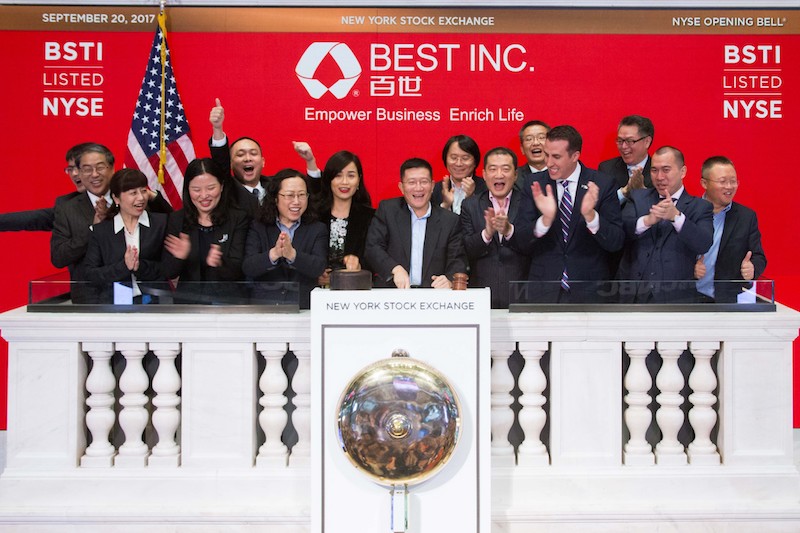 Hangzhou-based BEST sold $450 million of American depositary shares for $10 each, raising less than half the original goal of as much as $1 billion through the New York listing. Despite the reduced size, it was still the largest U.S. IPO of a Chinese company this year.

Shares of ZTO Express, another major logistics company listed in New York, have traded at more than 20% below their offering price after steadily moving downward since its IPO last October.

Weaker-than-expected demand forced BEST to lower its IPO price range to between $10 and $11 from the previously announced $13 to $15. Alibaba, which already owns 23% of Best, said it would buy as much as $150 million of the IPO shares, underlining the weak demand.