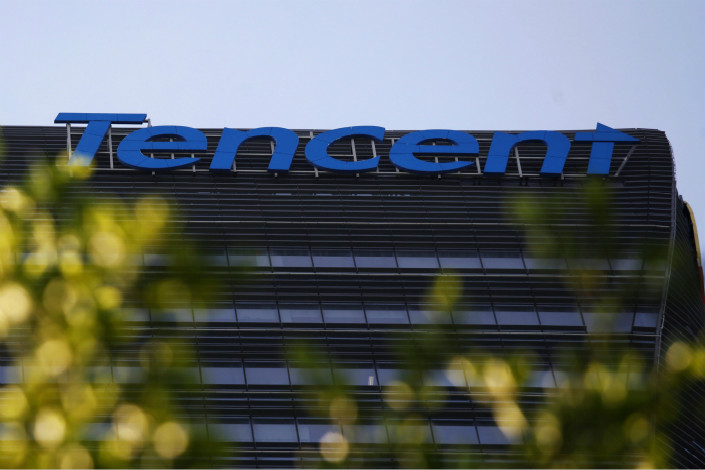 While Tencent already has similar advertising offices in other Asian countries, this will be their first team targeting U.S. firms. Photo: Visual China

The campaign mirrors similar ones by U.S. web firms like Facebook and Google, which have set up advertising offices in China targeting local Chinese firms trying to reach an international audience. In the case of Tencent, the company is trying to leverage its popular QQ and WeChat social networking platforms that each boast more than 900 million users, most of them in China.

In its pitch to U.S.-based advertisers, Tencent pointed out that China’s 700 million mobile internet users spend a significant 55% of their time on the company’s various mobile platforms, which also include its video and news portals.

“To engage Chinese consumers, it is important to reach them on their preferred communications platforms,” said Poshu Yeung, vice president of international business at Tencent. “For the first time, we are making it possible for U.S. brands to directly reach this audience through sophisticated targeting, not only in China but also when they travel to the U.S.”

Tencent has similar offices already in Asia, and also has a presence in the U.S. But this would be its first team targeting local advertisers in the country. Facebook and Google have similar China-based offices, even though neither has a substantive internet-based operation in the country.

The initiative follows in the footsteps of other private Chinese technology and financial companies that are looking to leverage their massive Chinese user bases as part of their efforts to expand abroad. The online payment services affiliated with Tencent and e-commerce giant Alibaba Group Holding Ltd. have both used such a strategy, establishing merchant networks overseas that mostly cater to Chinese traveling abroad.

“For U.S. advertisers, China presents a dynamic, lucrative and challenging opportunity,” Yeung said. “Brands have become more sophisticated about the needs and behavior of Chinese tourists. To make a sale outside China, they understand that they need to speak to their customers before they even plan their trips.”