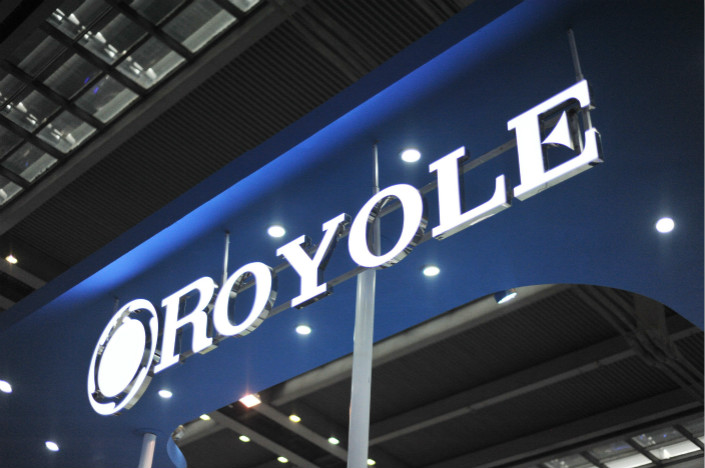 Amid the high expectations for the future of its products, Royole is investing more than 10 billion yuan ($1.5 billion) in a production base in the southern Chinese city of Shenzhen. Photo: Visual China

Sino-American technology firm Royole Corp. said it has received new backing from five of China’s leading banks, as the race heats up to commercialize its specialty flexible displays that could become a staple in mobile devices of the future.

The five new financial backers include three of China’s top four banks: Industrial and Commercial Bank of China (ICBC); Bank of China; and Agricultural Bank of China, Royole said in a statement on Wednesday. Others in the round included two of the nation’s best-known entrepreneurial banks, Citic Bank and Ping An Bank.

Royole, which celebrated its fifth anniversary last month, said it raised $560 million from the five through a bond issue. Combined with other fundraising earlier in the year, Royole said its fourth funding round has raised a total of $800 million.

“Royole is focused on the development, manufacture and sale of the next generation of people-to-machine interactive technologies and related devices,” said Chairman Bill Liu. “This latest cooperation … will give us more resources to advance our research and development, production and sales efforts, and accelerate the company’s overall development.”

Royole said a fundraising round shortly before the latest one valued the company at more than $3 billion, making it one of the world’s fastest growing unicorns, a term used to describe fast-growing startups. Most displays in laptop computers and other mobile devices currently use rigid liquid crystal display (LCD) and organic light-emitting diode (OLED) technology. By comparison, next-generation flexible displays being developed Royole and others can be bent, folded and rolled up, allowing for greater portability of larger devices like notebook and tablet computers.

Royole is in the process of building a production base in the southern Chinese city of Shenzhen for its products, with more than 10 billion yuan ($1.5 billion) in investment. Others that are also active in developing the sector include South Korean giants Samsung and LG Electronics, which already have extensive experience making the older, more mature display types.

While flexible displays look promising, there are still a number of issues that need to be overcome before the technology can be commercialized, said IDC analyst Bryan Ma.

“In theory, flexible screens can dramatically change the way we use devices, particularly if they provide the benefits of a large screen yet still remain pocketable, or wearable on the wrist,” he said. “But in practice there are still a number of challenges including costs, durability, and yields, not to mention the usability of the software/interface that would have to adapt to it.”