Moutai Tells Subsidiaries: Everything in Moderation 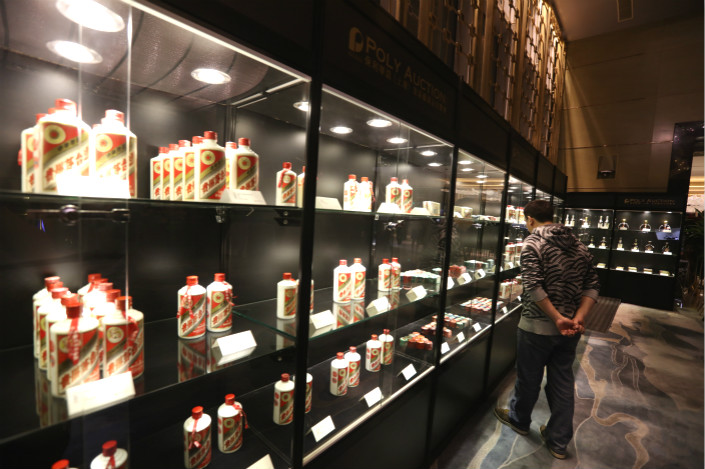 Like many of its wobbly customers, Moutai has had enough.

In an attempt to limit the “abuse” of its renowned brand by subsidiaries, China’s top liquor maker is slimming down its total number of brands, to 59 from 214.

The company hopes that this reduction will prevent its franchisees and subsidiaries from passing off substandard quality liquor under its brand name, and from overusing the Moutai label in promotional activities.

Kweichow Moutai Group said on Tuesday that all of its eight major subsidiaries — whose products include traditional high-strength baijiu as well as infused and reputedly medicinal spirits — must dispose of inventories of the discontinued brands by the end of the year.

The move is the latest in a broader campaign by Moutai — which began earlier this year — to reform its unruly manufacturing and distribution system.

The brand abuse was in part a cocktail of Moutai’s own making.

In order to grow its market share, the company had turned a blind eye when some subsidiaries and distributors promoted their beverages with the Kweichow Moutai brand name but made the tipples under different specifications, said Xiao Zhuqing, a long-time liquor-industry insider and general manager of baijiu company Shandong Wenhe Alcohol Co. Ltd.

This leniency in its franchising has diluted the value of the Moutai brand itself, Xiao said.

But the maker of the fiery distilled liquor is now is powerful enough to more strictly enforce its standards, Xiao told Caixin.

Established in the 1950s, Moutai is now China’s top baijiu producer — measured by revenue — with exports last year accounting for 72% of the entire industry.

Other smaller rivals — including Wuliangye Yibin Co. Ltd. and Luzhou Laojiao Co. Ltd., both from Sichuan province — have conducted similar reforms to protect their intellectual property.

Major liquor makers — most of them owned by provincial governments — are also restructuring. Several have announced plans to take in investors from the private sector or turn employees into shareholders, in order to improve efficiency.

Such reform began in 2015 when Hebei Hengshui Laobaigan Liquor Co. Ltd. issued a new round of shares to employees and distributors. Then in July 2016, the Sichuan government sold a majority of Tuopai Shede Wine Co. Ltd. shares to a private group.

Moutai announced a similar plan to increase stakes held by employees and distributors, and in July of this year brought in private investors to control its logistics subsidiary.