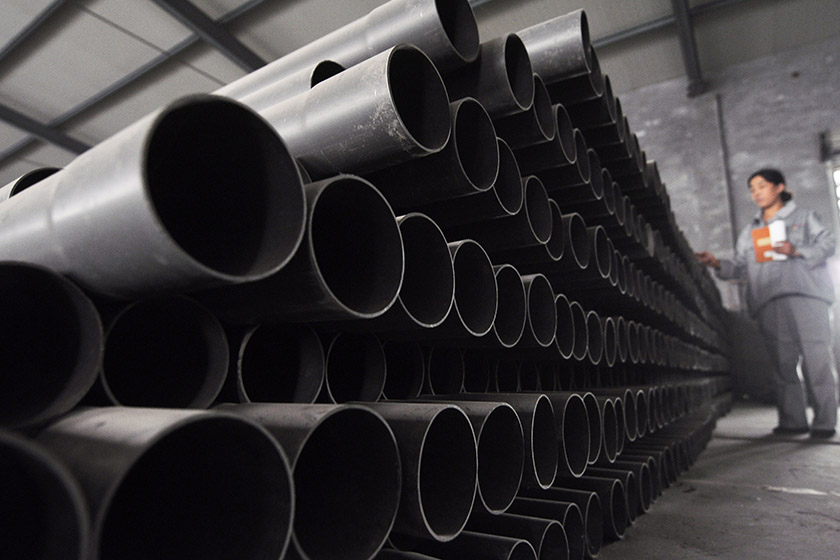 The companies colluded to lift prices 13 times between March and December 2016, the National Development and Reform Commission (NDRC) said Wednesday.

PVC is a type of plastic widely used in construction, medical devices and home appliances.

The companies involved – which combined produced 1.2 million tons, or 75%, of all domestic PVC – violated China’s Anti-Monopoly Law, the NDRC said in a statement.

The NDRC began investigating the companies after it received a complaint from a whistleblower earlier this year. The commission found that the 18 companies reached price-rise agreements via group chats on WeChat, a popular messaging app widely used in China.

It is not clear how the NDRC obtained records of the group chats.

The actions by the 18 companies have harmed “market competition order, downstream companies and consumer rights,” the NDRC said.