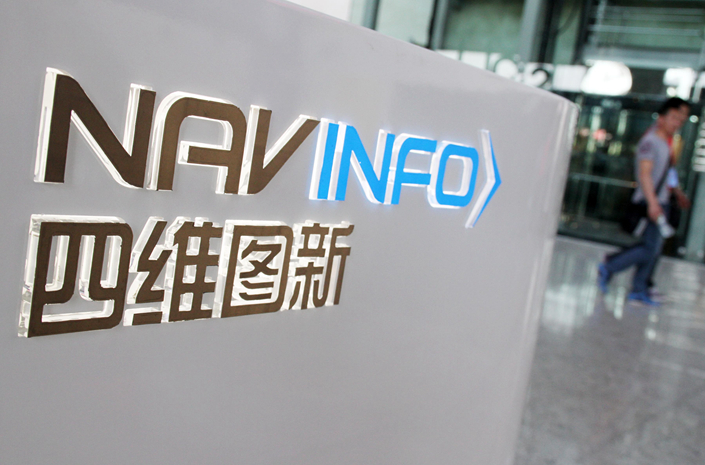 NavInfo Co., one of the syndicate of firms that tried to buy a stake in Here International NV, says that the U.S. veto of the deal will not affect its cooperation with the European mapping company, with which it plans to launch a 50-50 joint venture in China. Photo: Visual China

A Chinese group that included internet giant Tencent Holdings Ltd. scrapped its plan to buy 10% of European mapping company Here International NV after the U.S. vetoed the deal on national security grounds in the latest sign of growing resistance to such sales by the Donald Trump administration.

Plans by the syndicate, which also included Beijing-based digital mapping company NavInfo Co. and Singaporean sovereign wealth fund GIC, failed to win clearance from the Committee on Foreign Investment in the United States (CFIUS), which must clear all such deals for national security considerations, NavInfo said in a statement.

The Chinese group announced its plan in December, which would have given it the right to appoint one member to the board of Amsterdam-based Here, the former mapping unit of Nokia Corp. The deal won antitrust clearance from Germany in January. The Chinese group spent over five months communicating with CFIUS and amending its proposals but still couldn’t get approval by the deadline, NavInfo said.

Here — owned by carmakers BMW AG, Daimler AG, Volkswagen AG’s Audi unit, and U.S. chipmaker Intel Corp. — is developing three-dimensional maps for self-driving vehicles and location-based services used by online and logistics companies. The company has some operations in Chicago. The current owners bought Here from Nokia in 2015 for 2.55 billion euros ($2.80 billion at the time), with plans to position it as an alternate to the more-popular rival service from U.S. giant Google Inc.

Even though the Here deal involves just a 10% stake, CFIUS can review and veto such deals if it believes they could result in foreigners gaining control of a U.S. business, a CFIUS lawyer told Caixin.

NavInfo added that the decision will not affect its existing cooperation with Here. The two companies have plans to form a 50-50 joint venture in China.

Chinese investments in U.S. technology companies have come under increasing scrutiny from CFIUS as U.S. officials have been especially concerned that such acquisitions could endanger sensitive American technologies and personal information.

These moves could signal more aggressive scrutiny of China-linked deals by CFIUS, especially as Trump is seeking to take a tough line on China’s trade and investment practices.