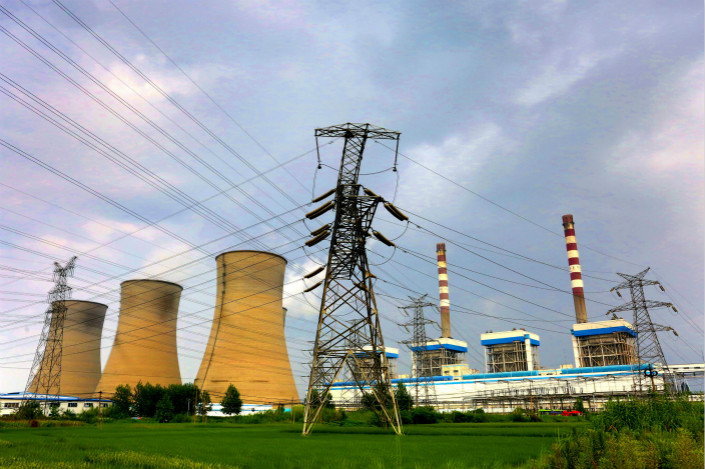 China Southern Power Grid was one of 19 central-government-controlled state-owned enterprises selected in 2016 to test a company-restructuring program at the parent-company level. Above, a power plant in Jiangsu province is seen on Aug. 20. Photo: Visual China

(Beijing) — China won’t take a one-size-fits-all approach when it comes to overhauling state-owned enterprises (SOEs) and allowing the private sector to take stakes in the companies, government officials said.

Policymakers will be flexible in implementing mixed-ownership reform and will assess investment on a case-by-case basis, said Peng Huagang, a senior official at the agency that oversees the 98 SOEs owned by the central government.

The level of private involvement will depend on the circumstances of the enterprise and on interest from investors, said Peng, deputy secretary-general and spokesman of the State-owned Assets Supervision and Administration Commission (SASAC), at a news conference on Thursday.

“We will push forward mixed-ownership reform … following the principle of applying reform when there should be reform, and selling stakes, small or controlling, when there should be stake sales,” Peng said. “We will take a one-company-one-policy approach because mixed-ownership reform has to be carried out according to the condition of the company and investors’ interest in participating in the reform.”

Peng spoke a day after the State Council, China’s cabinet, said more work needs to be done to advance the restructuring of centrally owned SOEs, including the introduction of private capital, highlighting five industries where it wants to see progress — telecommunications, equipment manufacturing, coal, electricity, and chemicals.

China announced its mixed-ownership reform program in 2013 to allow nonstate companies and foreign investors to take stakes in SOEs. The aim was to improve the efficiency of industries dominated by the state sector, such as oil, power, railways and telecommunications.

The strategy is part of an overarching plan to boost the power of state companies in the economy even as the government encourages the private sector by pushing mergers and acquisitions and strategic alliances. Some of the biggest deals have included the merger of two steel giants, Wuhan Steel and Baosteel, and the country’s two bullet train manufacturers, CNR Corp and CSR Corp.

SASAC Chairman Xiao Yaqing said at Thursday’s briefing that the number of central SOEs has fallen to 98 from 117 since the 18th Party Congress in November 2012 following a slew of mergers and acquisitions. However, he added that the goal of SOE restructuring is not just to create industry giants but to build market leaders.

“Getting big is just one of the goals of the reform and it is not the top objective, (although) one existing problem is that in certain sectors you have dozens of companies doing the same thing,” he said. “We will restructure companies into ones that are needed by the international and domestic markets. Technology development and market changes are the most important drivers of central SOEs restructuring. They are also our standards.”

In 2016, the government selected 19 central SOEs to test the program at the parent-company level, including China Unicom, the country’s second-largest mobile-phone network operator; China State Shipbuilding Corp., one of the country’s top two shipbuilding conglomerates; and China Southern Power Grid, one of two state firms that operate the country’s electricity transmission system.

The mixed-ownership reform plans of the first batch of nine companies have been approved and are now being implemented, while nine of the 10 companies in the second batch have submitted their proposals to the government, the National Development and Reform Commission, the country’s economic planning agency, said in April.

The government is studying a third batch of companies and will unveil the list “soon,” Peng said at Thursday’s briefing.

China Unicom announced its proposal in August to sell a stake amounting to 42.6% of the existing share capital (35.2% of the enlarged share capital) of its Shanghai-listed arm, China United Network Communications Ltd., to more than a dozen state and private investors, including Chinese tech giants Alibaba Group Holding Ltd., Tencent Holdings Ltd., and Baidu Inc. The sale, which will be done via a private placement, is expected to raise 77.9 billion yuan ($11.7 billion) for the company.

The size of the stake offered far exceeded analysts’ expectation because it breached China Securities Regulatory Commission rules that limit private placements to 20% of existing share capital. The deal also violated the commission’s pricing mechanism regulations. But in a sign of the importance the government has attached to the deal, the original plan has been allowed to stand, with the CSRC saying it will be treated as an “exceptional” case.

Peng said mixed-ownership reform is being rolled out at many levels, from subsidiaries right up to the parent company, and that China Unicom’s plan, although on the surface affecting only the A-share listed arm, has in reality penetrated to the very top layer of the group.

The authorities are counting on China Unicom’s plan to serve as a model for other SOEs. But it remains to be seen whether private investors will have enough influence to make a real difference to the company’s management and efficiency.