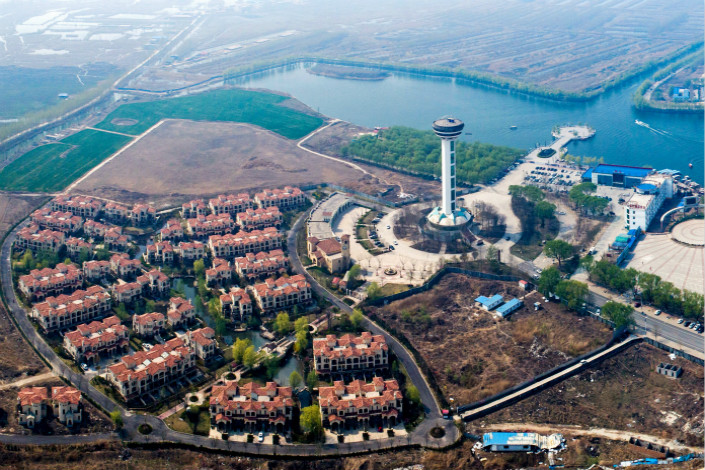 The Chinese government has recently given the green light to 48 companies, including the country’s top three internet firms and major financial institutions, to set up shop in the economic zone key to President Xi Jinping’s vision for Beijing and its surrounding regions.

The entry of “star” companies is the government’s latest move to get the Xiongan New Area, about 130 kilometers to the south of Beijing, ready for its transformation into a model city that the authorities hope will be economically vibrant as well as liveable.

The Xiongan local authority said it will issue operating licenses to “innovative” companies that include internet-based firms, investment banks and insurers, according to an article published on the area’s official WeChat account Thursday.

The top-down transformation of Xiongan into the country’s next national economic zone is taking shape. On Tuesday, the local authority said it plans to boost the construction of affordable rental properties for newcomers. It will also establish a point-based system supported by big-data technology to determine which migrants will be qualified to purchase these homes.

The Xiongan New Area, in central Hebei province, became China’s 19th national economic zone when it was formally founded by the central government in April. The significance of Xiongan lies in its proximity to Beijing, as the capital city is trying to find cures for what it has dubbed “big-city diseases” such as traffic congestion and overpopulation.