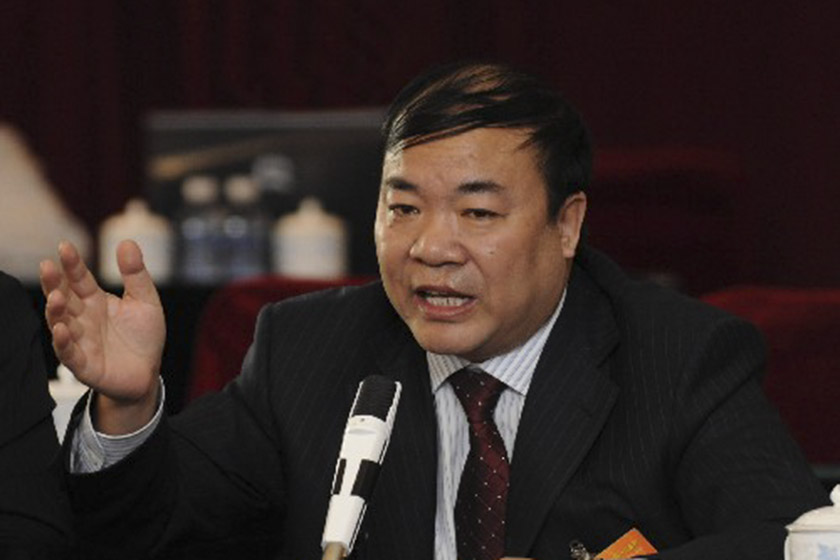 It has been more than a year since an Inner Mongolian fertilizer-maker defaulted on an 800 million yuan ($120 million) bond.

For an investor surnamed Zhou, as well as some 1,200 others, the volley between regulators and banks in the wake of the default has dimmed their hopes for recovering their losses.

Despite a moderately high coupon rate of 7.48%, as well as an early warning from a credit ratings agency that the issuer, Inner Mongolia Nailun Group Inc., might not be able to pay bondholders, Zhou didn’t sell his bonds before they defaulted. A retired manager from a state-owned steel-maker, Zhou said he had accumulated more than 1 million yuan ($149,949) in Nailun bonds since 2015.

Zhou, as well as many other bond investors in China, had been operating on an common assumption: the government would bail out any issuer that turned out to be unable to repay investors.

Now, there are coming to a cruel realization: They have been wrong all along.

Nine months later, Pengyuan cut the rating again to BBB, and warned that the issuer might be under too much financial pressure to redeem its bonds if investors exercise their put option in May 2016.

Despite the warning, Nailun’s bond price had rebounded and recouped almost all of its losses by February 2016.

The recovery was likely driven by a “market-calming” statement from the state planner issued that month, according to Zhou and other market watchers.

“Regulations overseeing corporate bonds at the provincial-government level must be strengthened, so that the government can address and solve any potential debt-related problems as early as possible, in order to make sure bondholders will be paid in due course and there are no defaults,” the state planner, the National Development and Reform Commission (NDRC), said in February 2016.

The NDRC at that time also urged banks and other lenders to tolerate nonperforming loans, and provide liquidity to companies in immediate need of cash.

Essentially, Zhou believed — and with conviction — that the government would shoulder all his losses, and pay interest to boot.

On May 6, 2016, Nailun officially defaulted on its bond because it did not have enough funds to pay back investors — just as Pengyuan predicted.

Zhou and other creditors have been actively seeking redress, but they have been running into walls. Zhou and other investors have organized themselves through groups on the social media platform WeChat, and have appealed to the Shanghai Stock Exchange and to the NDRC in Beijing, but failed to get a government bailout.

The group then turned to a local banking regulator, hoping to pressure Baoshang Bank Co., which in Nailun’s regulatory filings ahead of its bond issuance promised to provide emergency loans if the fertilizer-maker ran into financial trouble.

The regulator didn’t buy their argument. “It’s not appropriate to identify Baoshang Bank as the guarantor of the debt,” the regulator said in a written reply dated July 25, 2016. “Meanwhile, we find Anilin as a company is unqualified to receive loans from the bank to support its liquidity.”

The regulator added that its stance was backed by a supplementary agreement signed between Nailun and Baoshang Bank. Although later, Nailun and the bond’s underwriter, Chinalin Securities Co., said in a joint statement that the agreement “was nowhere to be found.”

Even if such an agreement was discovered, it is not a legal guarantee that could be enforced to the investors’ benefit.

Gang Meng, director of market ratings at Golden Credit Rating International Co., said such an agreement doesn’t impose ironclad obligations on a bank to settle the debts of a company, and therefore it usually isn’t taken into account when compiling ratings.

An implicit guarantee, no longer guaranteed

From the regulators’ standpoint, Zhou is one of the millions of retail investors who bet on risky investments while hoping for an implicit government bailout to take any losses. Apart from the government’s change of stance, market watchers say a loosely regulated bond market, which sometimes allows institutional investors to pass some risks on to retail investors, might have amplified the risks to the public.

Wu Xiaoling, former vice governor of the People’s Bank of China, said on Sept. 15 that most market players still expect the government to continue bailing out banks and companies that go under.

"The government has to put more effort into serving qualified investors, and let the misbehaving ones bear more of the risk. Investor education will not be effective if you don’t let them pay (for taking risks),” Wu said.

Now, Zhou and his fellow creditors have nearly exhausted their options. The creditors are now hoping for a restructuring or bankruptcy, so the investment won’t be a total loss.