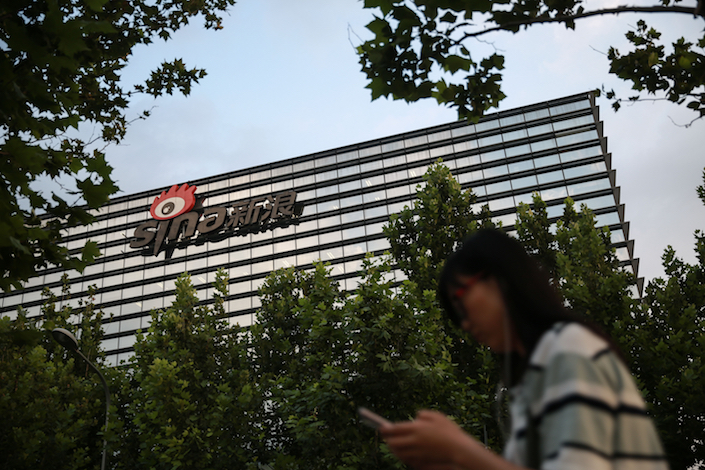 Sina Corp. shareholder Aristeia Capital has argued that the Chinese company’s shares are grossly undervalued, and that it would be better served by spinning off its stake in the Twitter-like Weibo Corp. or by putting itself up for sale. Sina responded that Aristeia’s suggestions would undermine long-term shareholder value. Photo: IC

Leading web portal Sina Corp. turned up the volume in its proxy battle with an activist shareholder trying to win a company board seat, explaining in a new letter to shareholders why its own board offered the best way forward with its strong China background.

Sina’s latest pitch to its shareholders comes just two weeks after hedge fund Aristeia Capital threw down the gauntlet with a letter announcing it would put up two nominees for Sina’s board at the company’s next annual meeting on Nov. 3. Sina has advised its shareholders not to vote for either of the Aristeia candidates.

“Currently, you are represented by a board of directors that is highly qualified, is committed to acting in your best interests and has been carefully selected to ensure the right mix of skills and expertise that is critical to overseeing a leading online media company in China,” Sina said in the opening of its new letter to shareholders dated Oct. 3, a month before the annual meeting.

Aristeia previously argued that Sina’s shares are grossly undervalued, and that it would be better served by spinning off its sizable stake in the Twitter-like Weibo Corp. or by putting itself up for sale. Sina responded by saying that Aristeia’s suggestions would undermine shareholder value over the longer term at the expense of any possible short-term gains.

In making its latest argument to shareholders, Sina said its five-member board has “used its collective executive leadership experience and institutional knowledge of investments” to help the company succeed. The company is one of China’s oldest internet players and still operates the nation’s leading web portal. But it has been overtaken in recent years by younger, more aggressive firms like Alibaba Group Holding Ltd., Tencent Holdings Ltd. and Baidu Inc., which are now many times Sina’s size.

In its letter, Sina explained how its current board, led by longtime CEO Charles Chao, has extensive experience in capital allocation execution and with operating in the complex China market. By comparison, it said, the two outsider board nominees are just proxies for Aristeia’s plans because they are eligible to receive payments from Aristeia for acting as candidates in the election.

“How can (Aristeia’s two nominees) possibly function independently of Aristeia if they have been compensated by it? We believe it is clear that they cannot,” Sina said.

The battle is one of a growing number of such clashes between top managers of Chinese companies, who often hold big stakes in the firms, and minority shareholders who say their interests are ignored.

Sina’s New York traded shares initially fell as much as 5% after Aristeia made its initial proposal. But since then, they have regained all of that ground and have been trading slightly above their pre-proposal levels.