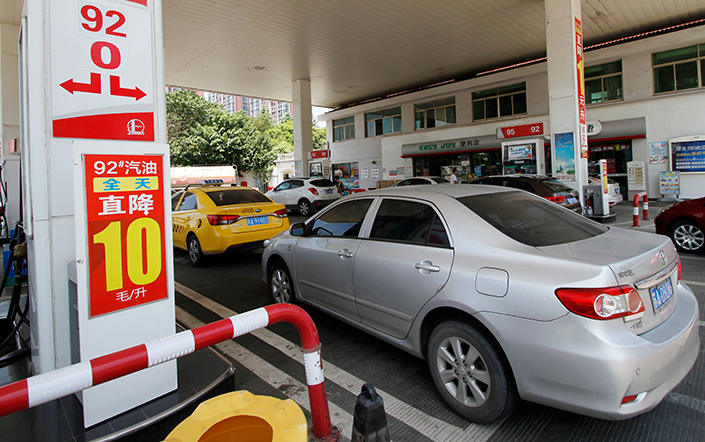 The company will build an unstaffed gas station in its home city of Hangzhou by the end of the month. A robotic arm will fuel the vehicles, several Chinese media reported.

The station will also have an unstaffed convenience store, a model that Alibaba showcased in July, which allows patrons to enter by scanning a QR code at the entrance, pick up their favorite items and automatically pay at the checkout gate.

An updated version of the smart gas station will launch next year, where information about the driver and his or her car, such as driver identity, car model, and fuel product type, will be automatically recognized.

Although China’s top oil producer China National Petroleum Corp. (CNPC) and the largest refiner China Petroleum & Chemical Corp., known as Sinopec, have dominated the gas station market, those owned by private companies still accounted for 47% in 2015, although many were located in remote towns and villages, according to Bosi Data Research Center.

Privately-run petrol stations have grown faster than the state-owned ones, adding 425 new stations in 2015, while Sinopec launched 292 stations and CNPC had only nine news ones, according to Bosi.

Alibaba’s move is not abrupt, as it has had a presence in the petroleum sector.

In 2015, it teamed up with Sinopec to launch an online industrial supply system. Alibaba has also managed to embed the affiliated mobile payment tool Alipay in thousands of gas stations.

The move is part of the online behemoth’s effort to enrich the real-world shopping experience with technology and convenience. Besides the staffless convenience store, it is building its own shopping mall, named More Mall, in Hangzhou.