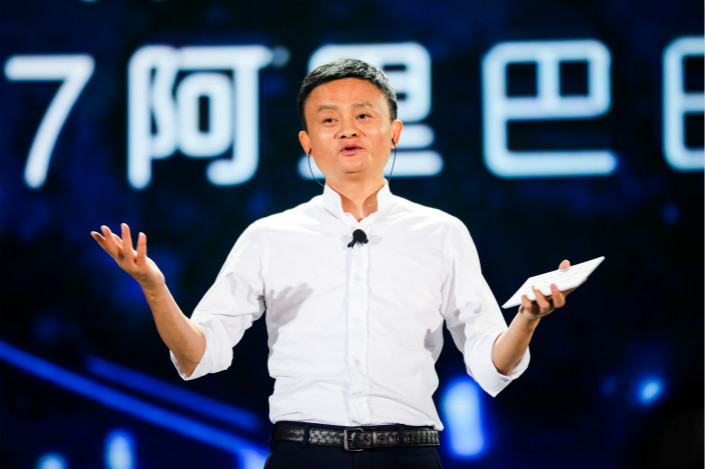 The centers, which will focus on disruptive technologies, are the latest step in Alibaba's plans for global expansion. Founder Jack Ma (pictured) told then-incoming President Donald Trump earlier this year that the e-commerce firm plans to create a million U.S. job opportunities by promoting American brands in its online malls. Photo: Visual China

E-commerce giant Alibaba said on Wednesday it will invest more than $15 billion to open a global network of research and develop (R&D) centers in an effort to boost collaboration as it seeks to expand beyond China.

The project will initially see Alibaba Group Holding Ltd. build seven R&D centers, two in its home China market, two on the U.S. West Coast, and single labs in Russia, Israel and Singapore, the company said in its announcement of the project, called the Alibaba Academy for Discovery, Adventure, Momentum and Outlook.

It said the labs will initially focus on foundational and disruptive technologies, including data intelligence, the internet of things, financial technology, quantum computing and human-machine interaction. The academy’s board includes professors from a number of leading universities in the U.S. and China, including MIT and Princeton in the U.S., and Peking and Zhejiang universities in China.

The opening of the R&D centers would parallel Alibaba’s similar establishment of a global network of cloud data centers over the last few years, as it seeks to grow beyond its home market.

“Over the past 18 years, we have developed a robust technology infrastructure that supports the rapid growth of our business,” said Alibaba Chief Technology Officer Jeff Zhang. “We are now looking for talented and driven researchers to join us in the quest for new disruptive technologies that would advance our everyday lives, benefit small businesses and narrow the technology gap to make our world a more inclusive place.”

As one of the world’s 10 largest publicly-traded companies, with a market value of $470 billion, Alibaba has also been one of China’s most aggressive with its investments in areas related to its core e-commerce business. Other areas where it has made major investments include cloud services, logistics and traditional retailing with high degrees of automation.

The latest R&D initiative is part of Alibaba’s broader goal of serving 2 billion customers and creating 100 million job opportunities over the next 20 years. On a trip to the U.S. early this year, founder Jack Ma told then-incoming President Donald Trump he was aiming to create 1 million American jobs by promoting U.S. companies in his online malls.

Despite those big investments, the company has been less successful in expanding its business globally and still derives the vast majority of its revenue from China. It is hoping its investments in global infrastructure will create a foundation for catering to consumers in non-Chinese markets to better compete with global rivals like Amazon.com Inc.