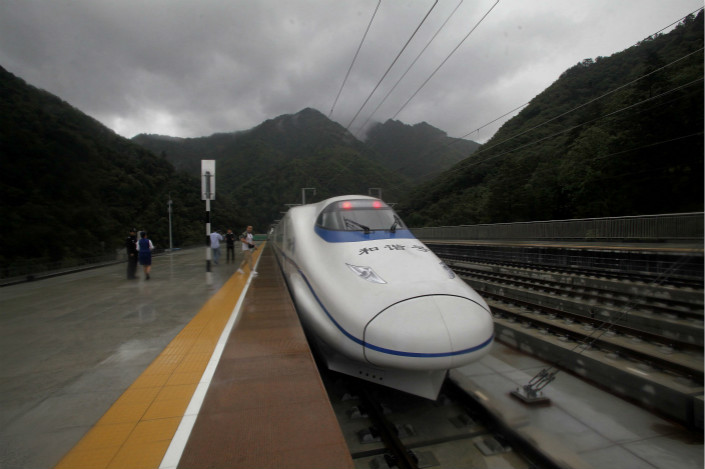 The crowdfunding service, run by the rail operator of Xi’an, offered to provide stranded passengers a trip home on an extra train if more than 50% of seats were booked online. Although the offer attracted only 122 people, the rail operator decided to run the train anyway. Photo: Visual China

Hundreds of Chinese vacationers in interior Shaanxi province are new converts to “crowdfunding” after their local rail operator used the high-tech tactic to get them home at the end of the recent weeklong National Day holiday.

The Oct. 1 National Day is one of the busiest periods in China, with many passengers finding themselves unable to get tickets home as they compete with hundreds of millions of other Chinese travelers.

Liu Hongyan, from the small Shaanxi city of Yulin, was one such passenger, becoming stranded in the provincial capital of Xi’an after discovering that all tickets back to her hometown were sold out.

With no better alternatives, she was told to take a chance using a new crowd funding service, the China Youth Daily reported. That service, provided by the local rail operator, promised to provide trips home on an extra train if more than 50% of seats were sold from travelers using a crowdfunding-style event on Weibo, China’s equivalent of Twitter.

The new service eventually attracted 122 people, far fewer than the 50% needed to fill the train. But in the end, the Xi’an rail operator decided to run the train anyway, and ultimately sold every one of the 1,200 seats using traditional, low-tech ticket windows.

The new trial won praise from people online and ordinary citizens, who have long criticized the rail operator for ignoring passengers’ real needs.

In the past, it was often difficult to gather such customer information, but recently it has become much easier thanks to the internet, Zhang Yujing, a representative from the Xi’an rail operator, told the Beijing Youth Daily.

Despite praise for the extra train, there is still a lot of room for improvement to the program, Wang Jianlin, an official from the Xi’an operator told China Youth Daily. For example, he added, the crowd funding platform was limited to Weibo, so it excluded anyone without an account.

“Because the country is pushing supply-side reform, we should let passengers have a say in what they want,” he said. “We are improving our services based on their needs.”