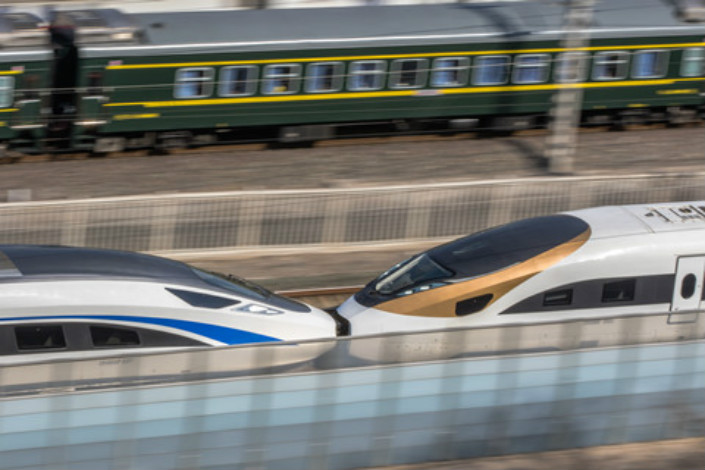 China's first privately owned high-speed railway, announced only last week, will not have its ticket prices set by China Railway Corp., as is the norm for such private projects. Photo: Visual China

China’s rail operator will allow the country’s first privately owned high-speed railway to set its own ticket prices, as the agency tries to encourage similar projects to bring more private capital into the sector, a source close to the company told Caixin.

News of the decision comes a week after the signing of a deal to build the Hangzhou-Shaoxing-Taizhou railway in Zhejiang province, the nation’s first such project with private investors holding a controlling stake.

That deal is part of a public-private partnership business model that Beijing is encouraging for development of infrastructure in a bid to ease the debt burden on local governments.

In China, train-ticket revenue for privately funded high-speed projects usually has to be handed over to China Railway Corp. (CRC), the nation’s main rail operator. Project developers then get a “user fee” from CRC as their own main revenue source.

“A project company established by the shareholders of the Zhejiang railway will have more leverage when negotiating with CRC for the ‘user fee’ if it has the right to set its own ticket prices,” the source said. He added such a move was aimed at encouraging more private money to enter the sector.

A consortium of eight private companies led by Fosun Group will take a controlling 51% stake in the project.

A document issued by the National Development and Reform Commission (NDRC), China’s top planner, in 2015 gave CRC the right to set train ticket prices for the first time as the railway sector undergoes market-oriented reforms. That document also laid the foundation for railway projects that are privately funded to set their own prices.