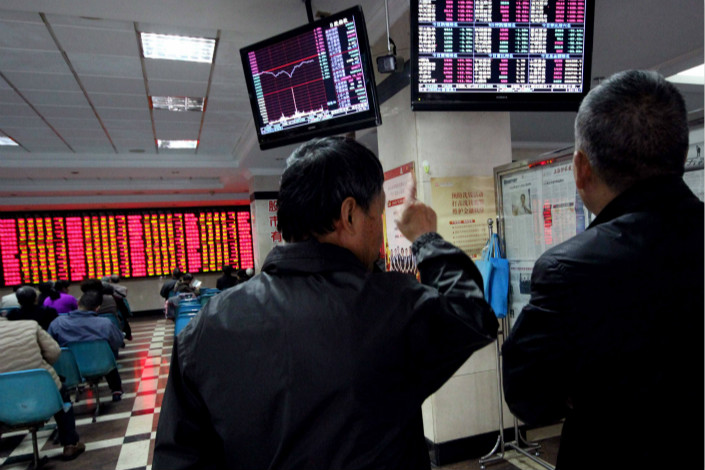 Chinese investors are attracted to U.S. stock markets by their reputation as breeding grounds for high-tech superstars, and also by the nation’s prolonged bull market, according to a first-time survey by a group of Chinese financial technology and information companies.

The U.S. has long been a preferred listing ground for many of China’s high-tech startups, partly due to difficulties those companies faced listing at home in the past. With the exception of social networking giant Tencent Holdings Ltd., all of China’s major internet players are listed in New York City, including leaders Alibaba Group Holding Ltd., Baidu Inc., JD.com Inc. and NetEase Inc.

Those big names are some of the most popular picks for the estimated more than 1 million Chinese investors who now buy U.S. stocks, according to the survey. When asked what stocks they were most likely to buy in the next year, the most popular pick was Alibaba, which attracted 56% of respondents. Alibaba rival JD.com was the second-most popular with 29%, followed by four U.S. high-tech giants — Apple Inc., Tesla Inc., Google and Facebook Inc.

Demographically, the survey found the vast majority of China-based U.S. stock buyers — about 84% — were born after 1980.

“From the survey results, you can see that millennials are a group of Chinese investors whose clout can’t be ignored,” said Tiger Brokers, one of the companies that conducted the survey. “They are the top early adopters of the internet, they have an international outlook, and they are very good at finding investment opportunities based on their hobbies, daily consumption patterns and social media practices. They are more interested in China concept stocks.”

Apart from famous names, another major attraction to U.S. stocks is their extended bull run that is now in its eighth year. The U.S. and other Western markets are also viewed as mature and relatively stable compared to China’s own markets, where a dominance of less-sophisticated mom-and-pop investors often leads to wild market swings. The latest of those saw the market more than double between mid-2014 and mid-2015, only to lose more than 40% of its value in the nine months after that.

Nearly a third of all survey respondents said they were attracted by the current U.S. bull market, while nearly the same amount also liked the market’s abundance of familiar names. Similar patterns showed up in their investment decisions, with 65% saying they focused on U.S.-listed China companies, while 57% said they look for famous American stocks.

In terms of investment horizon, 80% of respondents said they hold stocks for a year or less. And in terms of geography, the survey found that Beijing had the biggest concentration of U.S. stock buyers, with 25% of all respondents living in the capital city. Shanghai and South China’s Guangdong province were next, each home to about 13% of survey respondents.