Geely’s Volvo Gears Up to Make Electric Cars in China 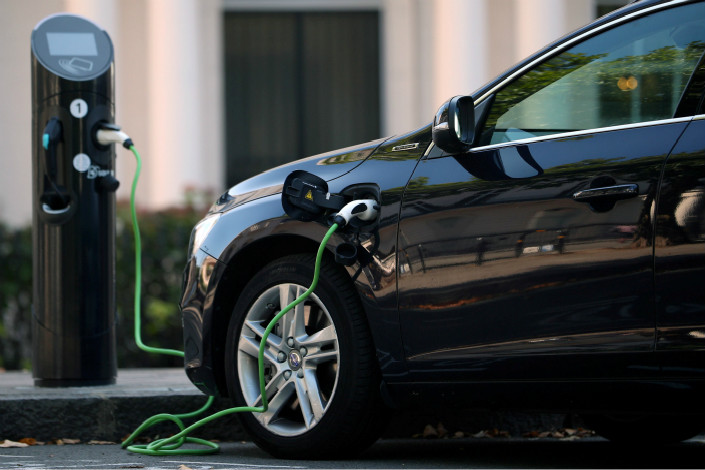 The fact that Volvo Car Group chose China as the market for its new electric model highlights the importance of the world’s largest auto market, where the government has used a series of measures to promote the development of the electric-car industry. Above, a Volvo hybrid car is connected to a charging station in London on Sept. 1. Photo: Visual China

Sweden’s Volvo Car Group has said it will manufacture its latest electric-car model in China, as the company pushes to transform itself into an all-electric car brand.

The Polestar 1, a plug-in hybrid vehicle powered both by combustion and electricity, is one of three models under the marque Polestar, the company’s new premium electric-vehicle brand. The Polestar 1 will be made in an industrial park in Chengdu, in Southwest China’s Sichuan province, and is expected to hit China’s roads by mid-2019, according to a statement sent to Caixin on Tuesday.

“The Polestar 1 would pave the way for the remaining models to be fully electric. This would set the foundations to elevate us to be a fully independent and high-quality electric brand,” Polestar CEO Thomas Ingenlath said.

Volvo, which was purchased by Chinese carmaker Geely in 2010, announced for the first time in July that every vehicle model introduced by the company from 2019 onward will have an electric motor.

That Volvo chose China as the market for its new electric model highlights the importance of the world’s largest auto market, where the government has used a series of measures, including subsidies, to promote the development of the electric-car industry.

Other global carmakers are joining Volvo in its electrification drive. General Motors announced last month that nearly all of its models sold in China will offer some kind of electric motor, either hybrid or fully electric, by 2025.

This shift toward electric motors may have been sparked by the government’s recent policy announcement. Beijing is preparing to launch a quota system to continue promoting new-energy vehicles and will phase out subsidies in the coming years.

The plan, which was announced in 2016, sets quotas of 8%, 10% and 12% respectively for all carmakers in the three years starting from 2019. Those numbers are related to points awarded for each vehicle sale, and roughly correspond to the percentage of a company’s vehicle sales that must be electric or hybrid.

In September, China joined the U.K. and France in saying it will eventually ban sales of gasoline- and diesel-powered cars.