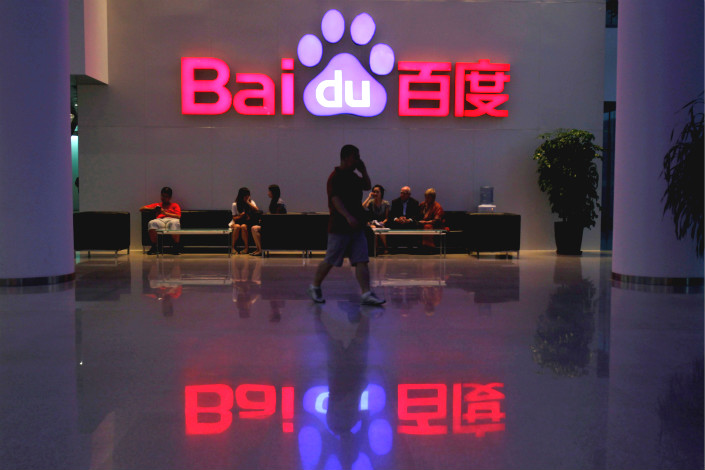 Baidu Vice President Zhang Xuyang said that the firm hopes blockchain technology will allow it to "better tailor our search technology to our users’ needs by enhancing the way we optimize local tastes and preferences.” Photo: Visual China

Hyperledger, which describes itself as “an open source collaborative effort created to advance cross-industry blockchain technologies,” said Baidu joined the organization as a premier member, according to an announcement on Tuesday.

“We believe blockchain technology will allow us to better tailor our search technology to our users’ needs by enhancing the way we optimize local tastes and preferences,” said Baidu Vice President Zhang Xuyang. “We're thrilled to be part of Hyperledger and look forward to collaborating with other members to drive open blockchain solutions forward.”

China recently became the first country to ban crowd-funding through the sale of cryptocurrencies, known as initial coin offerings, which are one of the most high-profile users of blockchain, saying such sales were a hotbed of criminal activities. But Chinese authorities have been more supportive of initiatives that use the distributed-ledger technology in social areas such as medicine, and recently launched a government-funded lab to explore uses of blockchain.

Baidu has been a strong supporter of new technologies in general, and has also emerged as one of the nation’s biggest advocates of artificial intelligence. As part of that effort, the company has launched its own collaborative platform, Apollo, to encourage the development of autonomous driving technologies.

“It's exciting to see a company like Baidu, which serves the world's largest internet user population, join Hyperledger,” said the Hyperledger Executive Director Brian Behlendorf. “Their deep understanding in connecting users to information and services will be tremendous experience for us to leverage as we look to expand our reach further in Asia and drive more global production deployments of Hyperledger technology.”