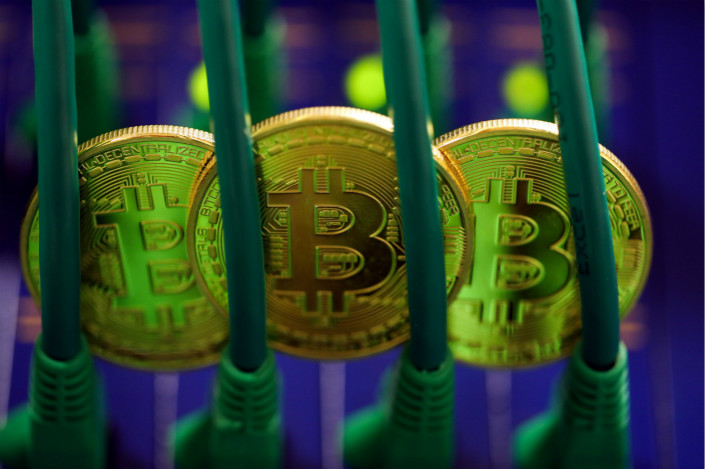 The Chinese government has said that initial coin offerings (ICOs) are illegal fundraising methods rife with fraud, and they have been attracting attention from many less-sophisticated investors. Photo: Visual China

But this time, it’s not about the astronomical gains of the coins that are built on a data verification and storage system called blockchain. It’s about the swift and broad crackdown of the sector in China.

As the only country to ban ICOs — at least for now — it took the Chinese government only a couple of weeks to outlaw ICOs, order refunds to investors and shutter all cryptocurrency-exchange platforms, including those that never hosted any ICO. The government said ICOs are illegal fundraising methods rife with fraud and have been attracting tremendous interest from less sophisticated investors whom the authorities should protect.

The regulatory storm doesn’t seem as if it will subside soon.

How does an ICO work?

The issuer of an ICO simply files a “white paper” to the public stating the function of the coin being issued and then finds a digital currency exchange on which to launch the coin. Unlike initial public offerings (IPOs), which require auditing and regulatory reviews that could last for months, ICOs do not need to go through a lengthy approval and registration process.

The majority of the new virtual coins are purchased with other cryptocurrencies such as bitcoin and ether, while a smaller percentage is bought with cash. The coins give the holders rights to predetermined benefits such as goods and services offered by the issuer.

How popular were ICOs in China before the government crackdown?

More than 100,000 investors snapped up 2.6 billion yuan ($394 million) worth of new cryptocurrencies through 65 ICOs in the first half of the year, according to a study by the National Committee of Experts on Internet Financial Security Technology, a Chinese-government-backed industry organization. The actual size is of the market could be much bigger, as the study did not include sales through private placements.

Why is Chinese government shutting them down?

In addition to project failure and price volatility, many ICOs were allegedly used to scam investors. The People’s Bank of China (PBOC) examined a large number of white papers submitted by ICO issuers that detailed the intent of new cryptocurrencies. The central bank found that more than 90% may involve illegal fundraising or fraud, a source with knowledge of the matter told Caixin earlier. ICOs that used funds they raised to invest in actual projects were less than 1%, according to the source.

What have Chinese regulators done so far?

On Sept. 4, China became the first country to ban ICOs after the central bank and six other regulatory bodies deemed the fundraising method illegal. The central bank said ICOs are rife with fraud and asked issuers that had raised funds through offering new cryptocurrencies to refund investors.

One week after the ban, during when most ICO platforms said they would be closing, Chinese bitcoin exchanges also announced their exit plan. The majority of exchanges said they would halt all exchange activity before Sept. 30, while two of China’s largest exchanges set a later deadline of Oct. 31.

The exchanges said they made the decision after carefully considering the PBOC’s ICO ban document, which stipulated that cryptocurrency fundraising exchange platforms shall not facilitate trade between legal tender and cryptocurrencies or tokens. The document also said the exchanges shall not buy or sell cryptocurrency, nor should they determine the price of these digital coins or act as an information intermediary.

What’s next for cryptocurrencies in China?

While Chinese regulators have called for a halt in issuing and trading cryptocurrencies, they continue to support the research and development of the underlying blockchain technology.

Sun Guofeng, head of the PBOC finance research institute, told central bank-backed Chinese Financial News that banning ICOs should not stop financial-technology firms from researching and developing blockchain technology that can be used in a wide array of applications. The China Academy of Information and Communications Technology (CAICT), a research institution under the Ministry of Industry and Information Technology, recently launched the Trusted Blockchain Open Lab, the first government-led initiative to support blockchain technology development.

Here is our full coverage of cryptocurrency