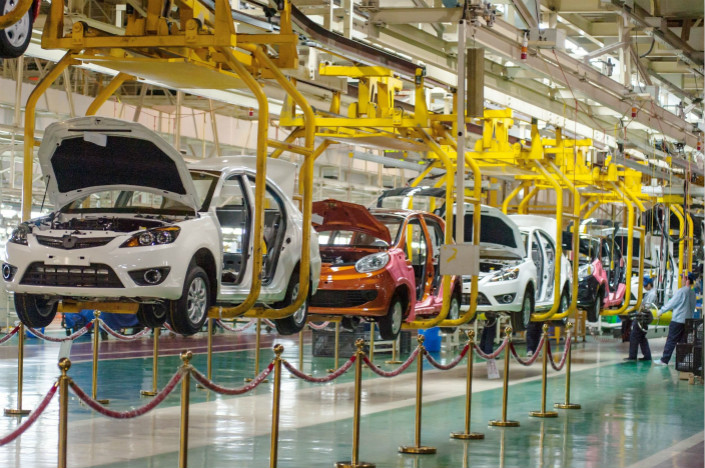 Changan plans to roll out 21 purely electric vehicles and 12 plug-in hybrid models by that year, the company said Thursday.

The decision makes Changan the first Chinese domestic automaker to commit to a total phase-out of vehicles with fossil-fuel engines. It also parallels Chinese government industrial policies that are now pushing for companies to transition away from gasoline-burning automobiles.

The government wants its automakers to adopt technologies that leapfrog global competitors with alternative-powered vehicles as well as help China tackle its air pollution problems.

The government plans to launch a quota system and promote alternative-energy vehicles while phasing out subsidies for these models in coming years. Under the quota system, announced in September, all domestic and foreign automakers in the country must start building electric cars and/or hybrids by 2019.

But Wang Cun, an industry analyst with the China Automobile Dealer Association, thinks the goal could be within reach as electric-vehicle production in China is just getting started.

“Changan’s strategy — to be the first Chinese automaker to follow this new irreversible trend — will give it great advantages as it establishes a strong technological position,” Wang told Caixin.

Sweden-based Volvo Cars, which is owned by China’s Zhejiang Geely Holding Co., said earlier this year that it will produce only electric or hybrid cars starting in 2019.

“Obviously their decision-making will be influenced by the government push,” he said. “But they also see market opportunities that they don’t want to miss.”