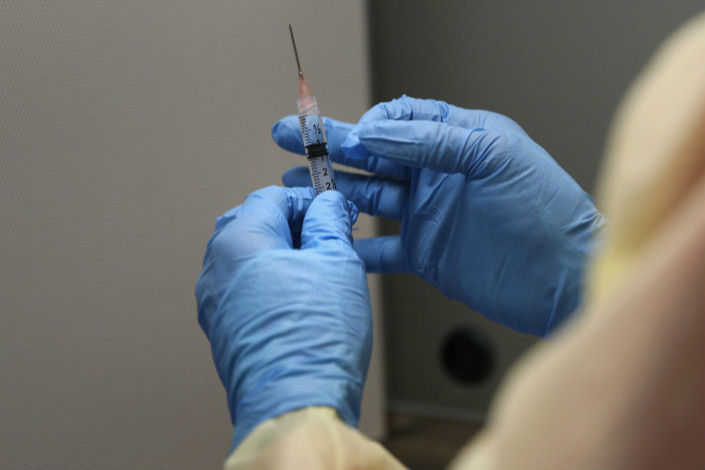 China has become the second country in the world to approve a vaccine for the deadly Ebola virus.

The China Food and Drug Administration (CFDA) said Friday that it has approved an Ebola vaccine, co-developed by the military-backed Bioengineering Institute of the Chinese Academy of Military Medical Sciences and private drugmaker Tianjin CanSino Biotechnology Inc.

The vaccine can stimulate immunity against the Ebola virus in both human cells and bodily fluids, the CFDA said in a statement.

An outbreak of the virus — which was first discovered in 1976 — in West Africa in 2014 and 2015 caused an estimated 11,310 deaths from 28,616 cases in Guinea, Liberia and Sierra Leone. During the outbreak, the virus also spread to Europe and the U.S., according to the World Health Organization.

Ebola causes a hemorrhagic fever that is fatal in about half of reported cases. The virus is transmitted between humans via direct contact with the skin and bodily fluids such as blood. It can also be spread via contact with materials contaminated by these fluids.

It is difficult to distinguish Ebola from other infectious diseases such as malaria, typhoid fever and meningitis.

In late 2016, Russia approved a vaccine against Ebola developed by the Gamaleya Research Institute of Epidemiology and Microbiology, the first such vaccine in the world. The country expects to have a second vaccine registered by the end of the year, the Russian news agency TASS reported.

Russian Health Minister Veronika Skvortsova said the vaccine has proved its effectiveness and has practically no side effects, according to TASS.

At the same time, U.S. pharmaceutical giants Merck & Co., Johnson & Johnson and British peer GlaxoSmithKline PLC are all developing vaccines against the disease. The U.S. Department of Health and Human Services said it would invest $84 million to help the two American vaccine makers complete the steps needed for approval from the country’s Food and Drug Administration, Reuters reported.

A recent study, published last Wednesday, found that both the Merck and GSK vaccines generated a powerful antibody response for a year, suggesting their vaccines were highly likely to be effective.

The latest-approved Chinese vaccine is freeze-dried, which makes it particularly stable during transport and use, the CFDA said in the Friday statement.

The Chinese vaccine is now undergoing clinical trials in Sierra Leone. Phase two tests began in 2015, but there have not been any public updates about the trials since then.

The CFDA’s approval of the Ebola vaccine took place after China’s State Council vowed to speed up the notoriously slow drug-approval process earlier this month.