By Pan Che and Wang Liwei 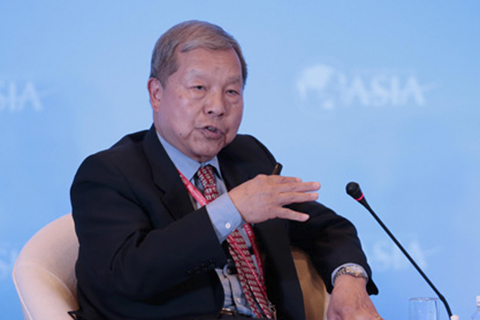 Yukon Huang, who now serves as a senior fellow at the Carnegie Asia Program, made the remarks after reports said the U.S. has rejected a capital increase plan for the multilateral lender because of dissatisfaction with its loans to wealthier countries, including China.

Chinese governments that borrow from the World Bank benefit from the support, Huang told Caixin. For example, he said, loans help agencies finance public services without having to rely so much on land sale revenues. World Bank loans also help those governments improve their debt management.

World Bank funds made available in January through its Development Policy Financing program are now helping governments within Hunan province and the municipality of Chongqing “achieve fiscal sustainability through a comprehensive and transparent public finance framework that integrates budget, public investment and debt management,” according to a statement on the World Bank’s website.

For two years, the World Bank Group had been working to get member countries to agree on a capital increase plan for its International Bank for Reconstruction and Development (IBRD) lending arm before the 2017 World Bank and International Monetary Fund annual meetings, which began last week, according to Reuters.

The IBRD, the world’s largest development bank, is dedicated to helping countries reduce poverty and extending the benefits of sustainable growth by providing them with financial products and policy advice, its official website says.

The U.S. is currently the largest IBRD shareholder out of its 189 member nations, with the greatest voting power of 16.28%. China is the third-largest shareholder, after Japan, with 4.53% voting power.

The Trump administration was reluctant to endorse the capital increase, with U.S. Treasury Secretary Steven Mnuchin saying in an Oct. 13 statement that “more capital is not the solution when existing capital is not allocated effectively.”

“We want to see a significant shift in allocation of funding to support countries most in need of development finance,” Mnuchin said.

Without citing any country by name, Mnuchin said in the statement that the World Bank should “focus on knowledge transfer” when it comes to wealthier borrowers, suggesting that the bank should share management expertise with such countries rather than simply handing them cash.

Before Mnuchin’s statement, an unnamed U.S. Treasury official was quoted by Reuters last week as saying that now is not the right time to consider a funding increase because too many of the IBRD’s resources are focused in countries that have ample borrowing ability, including China and other larger emerging markets.

As of June 30, 2014, the bank’s cumulative lending to China was about $54 billion for 376 projects. The portfolio is concentrated in various areas such as the environment, transportation, urban development, rural development, energy, water resource management, and human development, according to the bank’s official website.