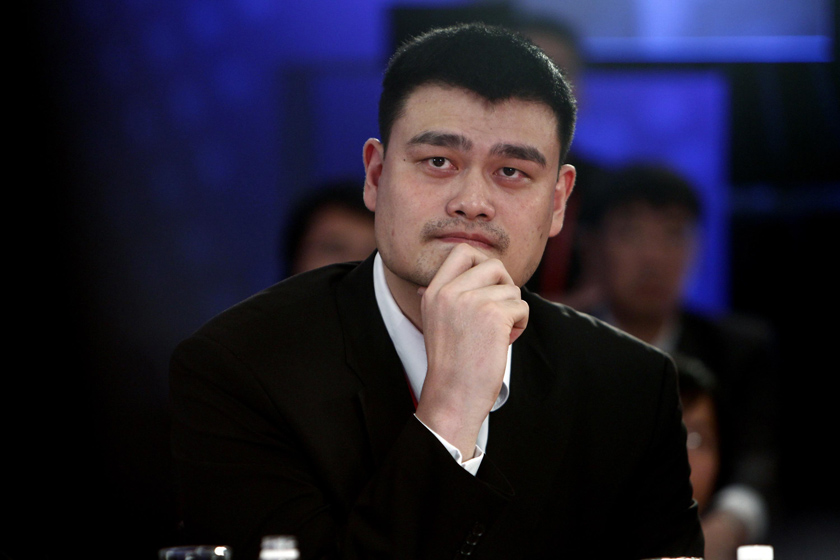 NBA Hall of Famer Yao Ming — who became chairman of the Chinese Basketball Association (CBA) in February — has quit as head of a Shanghai basketball club, under rules that prohibit league administrators from running individual teams.

Yao will no longer be involved in the management of the Shanghai Sharks, and has signed an agreement to sell his shares to a Shanghai government-owned company, the team announced Friday on its official Twitter-like Sina Weibo account.

Yao spent five years playing for the Shanghai Sharks before making his 2002 NBA debut with the Houston Rockets. The then-rising star acquired the Shanghai team in 2009 and for years owned it in its entirety.

Yao has already sold around 40% of his shares, and is seeking buyers for the remaining 60%, according to the Shanghai government-backed media outlet Xinmin Evening News. He has promised to offload all his shares by the start of the 2017-2018 season, which begins later this week.

The size of the latest stake sale is still being assessed, according to the team’s posting.

The CBA — China’s first-tier professional men’s basketball association — last year began a reform to separate league officials from game operators and participants. After Yao was elected chairman of the CBA in February, he publicly promised to divest his club business.

At the same time, the Shanghai Sharks haven’t been doing well under Yao’s NBA-style management. The team has lost 20 million yuan a year in recent years, a club employee told Caixin in 2016.