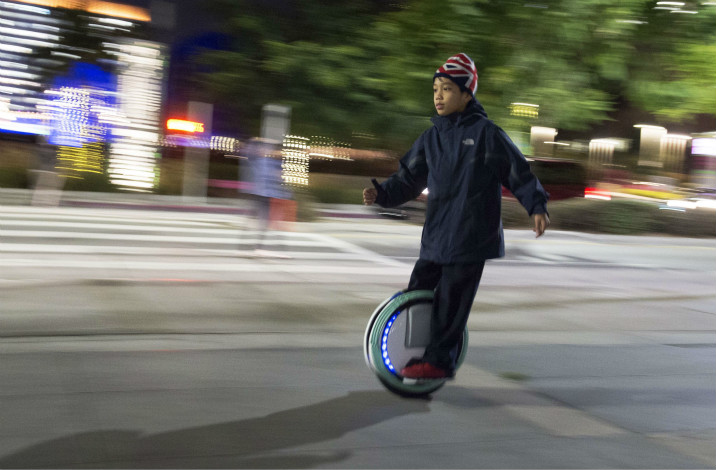 The artificial-intelligence efforts of Ninebot Ltd., the Chinese manufacturer of the Segway, has won support from the Chinese government, which selected the firm to help draft standards for self-balancing transportation systems. Above, 9-year-old Rayen Koan rides his Segway in Los Angeles in December 2015. Photo: Visual China

Ninebot Ltd., the Tianjin-based manufacturer of the popular Segway two-wheeler, has raised $100 million for robot and short-distance transportation development projects.

Providing the financial support was the China Mobile Innovation Industry Fund and a fund managed by SDIC Innovation, Ninebot announced on its website.

Artificial intelligence (AI) projects are also on the agenda at 5-year-old Ninebot, which purchased the U.S. developer of the one-person, two-wheeled Segway vehicle in 2015 with financial support from Chinese smartphone maker Xiaomi Inc.

The company recently unveiled its first consumer-market robot, Segway Loomo, which features an AI system with speech and hearing functions so that the machine can interact with people.

Ninebot’s AI efforts have won support from the Chinese government, which selected the firm to help draft standards for self-balancing transportation systems.

“As the government has invested heavily in the (AI) area, many startups and big corporations are also committing to building their own AI systems,” Wan said. “Ninebot can also contribute to that.”