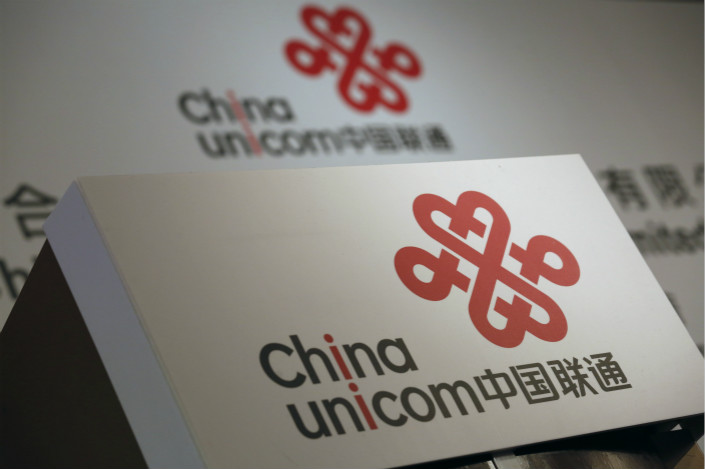 Unicom was the first telecoms firm chosen to join Beijing's mixed-ownership reform plan. The company was ordered to sell a strategic stake to private partners, who are then meant to help the state-owned enterprise develop more commercial-oriented offerings. Photo: Visual China

Both initiatives will come in the cloud computing space, which allows people to compute and store information using off-site servers operated by independent third-parties. Tencent and Alibaba are both aggressively developing such cloud-related services, while Unicom owns the necessary infrastructure to operate such services.

Unicom took on Tencent, Alibaba and 12 other partners in August as part of Beijing’s mixed-ownership reform pilot program designed to make big state-owned enterprises more dynamic by pairing them with more nimble private sector firms. In exchange for their participation, the private sector companies also got to buy strategic stakes totaling 35% of Unicom’s Shanghai listed unit.

“This is the first major project of the collaboration,” Unicom said in a posting on its microblog on Friday announcing the Tencent project. “It is also a strong uniting with Tencent after the mixed-ownership reform plan, and is the first step of ushering in deep, strategic cooperation.”

Unicom disclosed the Alibaba project in a separate but similar announcement on its microblog the same day.

The Alibaba plan described the development of a similar suite of products and services.

Unicom was the first telecoms company chosen to participate in Beijing’s mixed-ownership reform plan, alongside firms from a range of other industries. Each must craft a plan to sell strategic stakes in itself to private sector partners, who then are supposed to work together to make more commercial-oriented products and services.

China’s massive state-owned enterprises are the legacy of its socialist past, and are often slow-moving and bureaucratic as they operate in state-granted monopolies like telecoms services. As part of its drive to make those corporate giants more commercially viable, Beijing has also ordered them to slim down and simplify their structures, a task that Unicom has also already begun.