By Yang Ge and Qin Min 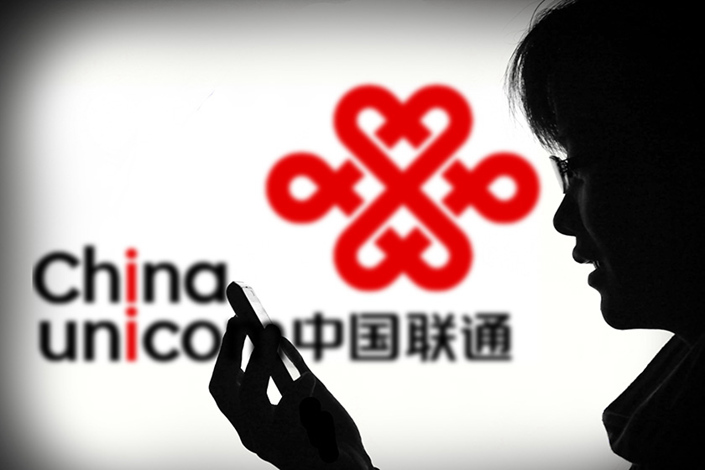 Unicom Group moved its massive overhaul onto the fast track this week with its launch of a major slim-down campaign just weeks after selling part of itself to a group of outside investors. Photo: Visual China

State giant Unicom Group is a poster child for what happens when major companies are run by government bureaucrats — and how Beijing is trying to fix such bloated machines with a radical diet.

The telecom services giant moved its massive overhaul onto the fast track this week with its launch of a major slim-down campaign just weeks after selling part of itself to a group of outside investors. Both moves are part of a Beijing drive to make big state-owned enterprises more commercially viable by trimming their fat and bringing in more commercially oriented private-sector partners.

The second-largest of China’s three major telecom operators may have been selected as a guinea pig for the double shot of reform following a period of management turmoil and unclear direction that are the result of past politically motivated moves by Beijing in the highly controlled sector, analysts said.

The slim-down campaign has been in the works for months, but was first disclosed by Caixin last week and formally launched at an internal company video conference on Wednesday, sources told Caixin, speaking on condition of anonymity because the event was not public. Unicom Party Secretary Wang Xiaochu called the launch the “first cut” in a slim-down campaign that is part of the company’s mixed-ownership reform plan that will also see it take on private strategic investors.

The slim-down, a version of which was released internally last week, will see Unicom cut hundreds of positions and take other moves to trim its bloated structure at both is corporate headquarters in Beijing, as well as regional offices around China. At the launch video conference, Wang urged staff to closely study the plan and pick up its main points.

“The slim-down is just a means, but creating a healthy body is the goal,” Wang said. “Through this simplification of our structure, we want to make the company more nimble and ready for battle, full of life, to give a strong foundation for our mixed-ownership reform and promotion of better management and economic returns.”

Unicom has been in the spotlight for much of the last year as one of the largest of about 10 candidates selected for China’s mixed-ownership reform pilot program aimed at making big state-run firms more nimble.  The company announced the main elements of that program three weeks ago, selling about a third of its Shanghai-listed unit to 14 investors, including China’s four largest internet companies. The slim-down aims to give the company a more-viable long-term foundation. It will see the company slash a third of its provincial administrative departments and cut about a quarter of the number of departments at its Beijing headquarters.

Following the initial cuts, which will be completed by the end of October, the company will continue to make adjustments based on market conditions.

Unicom may have been selected for the program as the result of years of politically motivated moves forced on it by the central government, its largest stakeholder, said Edison Lee, an analyst at Jefferies. More than a decade ago, the company was forced to build a second parallel network incompatible with its original one, due to government orders. Later it was merged with another rival under a major government-led restructuring of the sector, leading to more turmoil.

“Unicom has been ‘mistreated’ by regulatory messes in the past,” Lee said. “It is a government decision to experiment with Unicom by giving it market-oriented management flexibility to see what improvement it can make. … The government will need to decide how successful it is, and how replicable it is in other sectors and companies.”