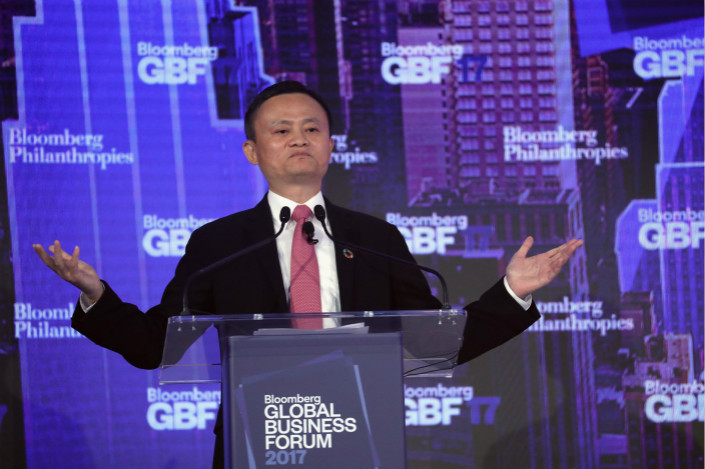 About 69% of China's billionaire-linked businesses are publicly listed companies, including Alibaba Group Holdings Ltd., founded by Jack Ma (above), whom Forbes magazine said in May is the Chinese mainland's richest man. Photo: Visual China

The Chinese mainland added an average of two new billionaires to its super-rich list every week last year, according to new report, helping Asia replace the U.S. as the world's most fertile cradle for individual wealth.

The report released Thursday by the investment firm UBS AG and consultancy PricewaterhouseCoopers (PwC) said 101 of the 162 Asians whose personal wealth passed the $1 billion threshold for the first time in 2016 were Chinese citizens.

China's new billionaires helped boost Asian membership of the ultrawealthy club to 637 last year, compared to 563 in the U.S., according to the firms' annual Billionaires Insight Report. It marked the first time that Asia could be called home to more billionaires than the U.S.

The report covered 1,542 billionaires residing in 14 markets worldwide. They account for about 80% of all individual wealth held by the world's super-rich.

“This year, we have seen not only a return to growth for billionaire wealth, but also a significant shift in its geographic dimensions,” said Josef Stadler, head of the global ultrahigh-net-worth division at UBS Wealth Management.

China had 318 billionaires at the end of 2016 compared to 215 one year earlier; 34 Chinese whose personal worth fell below $1 billion during 2016 were dropped from the list.

The amount of wealth controlled by Chinese billionaires at the end of 2016 rose 36% year-on-year to $804 billion, with each billionaire's treasure chest swelling an average 7% to about $2.5 billion.

On the other hand, Chang said, a Chinese billionaire's wealth can fluctuate as government policies can change quickly and the nation is awash with aggressive entrepreneurs.

Some 43% of the wealthy individuals who had to be cut from the billionaire list worldwide last year were Chinese, Chang said.

Many of China's newly made fortunes "are vulnerable to reversals of fortune whether in the form of unstable markets, policy changes, industrial restructuring, their own operation and management issues or other factors,” he said.

But the gains far exceeded setbacks for fortune-makers in China last year. And that trend is expected to continue.

“With expectations for 6.8% annual economic growth in China in 2017, and a relatively stable financial market to be seen after the recent party congress reshuffle of the country’s leadership, we expect total wealth among Chinese billionaires to continue to grow in the coming years,” Ho said.