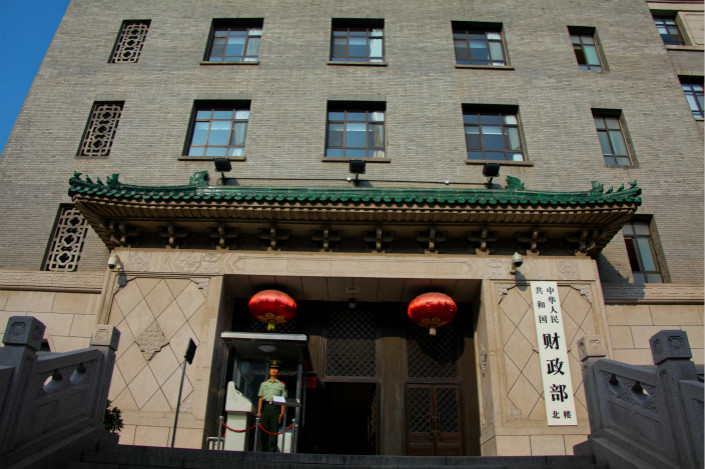 Although China is selling dollar bonds for the first time in 13 years, the country is not planning to be a regular issuer in the non-yuan bond markets. Photo: Visual China

The Chinese government has no plan to tap the international debt market on a regular basis following the sale of its first dollar bonds in 13 years, the Ministry of Finance said.

On Thursday, the ministry is offering $2 billion of unrated sovereign bonds in Hong Kong. The bonds, split equally between two batches with a maturity of five and 10 years, are only a fraction of China’s budgeted new sovereign debt of 2 trillion yuan ($302 billion) for this year.

Wang Yi, the head of the ministry’s finance department, told investors in Hong Kong on Wednesday that China is not planning to be a regular issuer in the non-yuan bond markets. The tenor of the current bonds is kept at 10 years on fiscal management and inflation concerns, Wang said.

On Tuesday, the ministry said in another statement that the dollar bonds could also be used as a reference by other Chinese companies to price their debts.

The yield curve of these notes will “reflect the pricing levels of sovereign credit and provide Chinese companies a key pricing matrix when they raise funds in the international market,” an unnamed official at the ministry’s finance department said in the statement.

The unnamed official added that international agencies’ “mindset had limits” and that they “misread China’s fine economic fundamentals and growth potential.”

“Mature and professional international investors have all established their independent internal risk pricing systems. They will make their objective judgement on the real state of China’s sovereign credit,” the official said

Late September, S&P Global Ratings became the last of the three major international credit ratings agencies to downgrade the country’s sovereign credit, citing concerns over the growing economic and financial risks from what it described as a “prolonged” borrowing binge. S&P has since cut its ratings of dozens of Chinese companies as well.

China issued its first-ever U.S. dollar-denominated sovereign bonds in 1993 and subsequently sold a total of $6.7 billion in such debt through 2004, most of which was made available in 10-year notes.

By the end of last year, the central government logged a total of $18.1 billion in outstanding foreign debt, or 1.06% of overall sovereign credit, and 85% of it was yuan notes offered in the offshore market.

The country has only ever issued the equivalent of about $11 billion of notes in foreign currencies, which is dwarfed by the record $144 billion in dollar bonds sold by Chinese companies so far this year, according to data compiled by Bloomberg.