By Wang Qionghui and Yang Ge 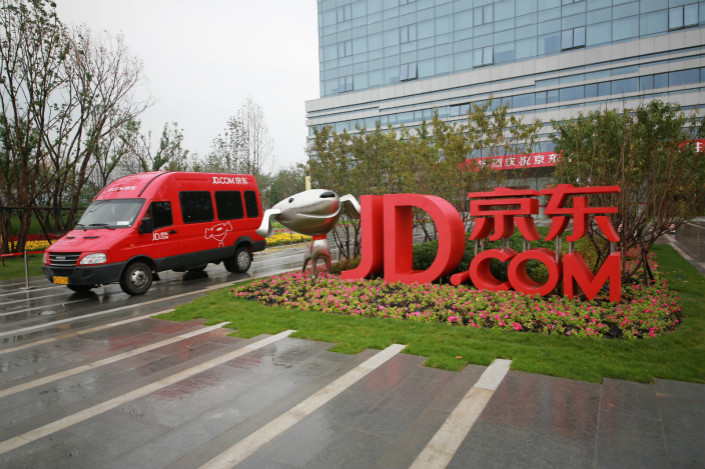 JD.com Inc. previously ventured into consumer-to-consumer sales when it acquired the Paipai platform from Tencent Holdings Ltd. in 2014, but it closed the platform just a year later, citing quality and service problems. Photo: Visual China

Three years after booting them out, e-commerce giant JD.com Inc. is quietly welcoming back thousands of mom-and-pop merchants to its online shopping malls, vowing to tackle the quality issues that prompted it to abandon its previous efforts with the group.

The move takes direct aim at arch-rival Alibaba Group Holding Ltd., whose wildly popular Taobao online mall allows thousands of such small shops to sell goods to consumers out for bargains or hard-to-find products. Alibaba now has a lock on the lucrative market in China, often referred to as consumer-to-consumer (C2C) sales, a model pioneered by U.S. internet veteran eBay Inc.

JD.com operates almost exclusively in the business-to-consumer (B2C) arena, where larger, licensed merchants sell products to consumers. It sells its own products directly to consumers, and also allows large store operators and brands to set up third-party shops in its online malls.

Under its new program, JD.com will open its platform to smaller shops by initially targeting artisans, designers and other makers of distinctive products, the company told Caixin. JD.com will use a certification program for merchants entering the platform, and will conduct reviews of their performance and inspect the quality of their products. It officially rolled out guidelines for the program last week.

Poor product quality and service standards have been two of the biggest problems for the operators of C2C marketplaces, which can become havens for misleading advertisements and counterfeit goods. JD.com previously entered the space in 2014 when it acquired the e-commerce business of Tencent Holdings Ltd. shortly after the pair agreed a major equity tie-up. But just a year later it quietly shuttered Paipai, the C2C platform it acquired in that deal, citing quality and service issues.

Despite such difficulties for operators, such marketplaces are popular among consumers because their huge diversity makes them the equivalent of online flea markets filled with unusual products and bargains. The value of goods traded on Alibaba’s C2C Taobao marketplace topped 2.2 trillion yuan ($331 billion) in the 12 months through March this year, making it the company’s largest single e-commerce platform for that period in terms of gross merchandise value.