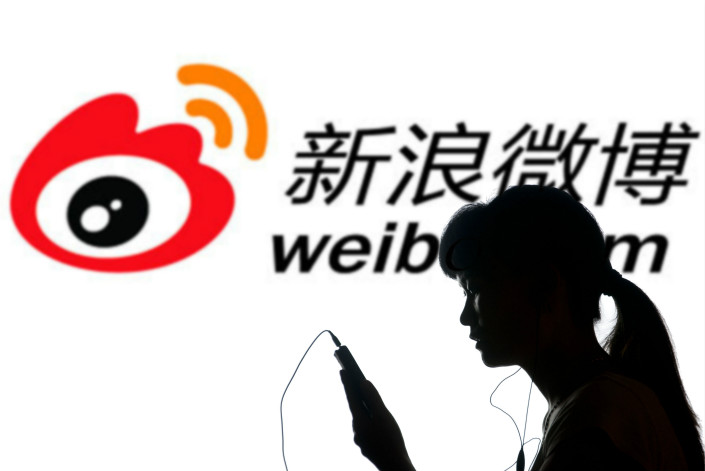 Shares of three newly U.S.-listed China-concept stocks plunged 7% or more in the latest trading session on Wall Street as social networking giant Weibo fell by nearly as much in a pullback from a recent wave of positive sentiment.

The declines contrast sharply with a previous headier period for most of those stocks. Qudian’s shares made their Wall Street debut last week and initially climbed 22% on their first trading day. Rise also debuted last week with a similar 15% jump on its first day. The strong debuts came after both stocks priced their initial public offering (IPO) shares above their originally planned range due to strong demand.

But following the latest sell-off, Rise shares now trade 16% below their IPO price. Qudian has given back most of its initial gains, including a 20% decline earlier this week on questions about its bad-debt ratios. But it is still 10% ahead of its IPO price. Secoo, which has struggled since its trading debut last month, is now down by nearly half from its IPO price.

“U.S.-listed China stocks have seen strong buying interest recently, and recent strong performance of new IPOs have added to the positive sentiment,” MCM Partners analyst Ryan Roberts said. “To see some selling after such positive momentum isn’t a big surprise,” he added, noting that the broader U.S. market indexes were also down about 0.5% in the latest trading session.

Initial gains for the new IPOs came as China-concept stocks in general have rallied strongly this year on positive sentiment about their growth prospects. Leading internet companies Alibaba Group Holding Ltd., Tencent Holdings Ltd. and Baidu Inc. are all up by 50% or more this year, as each posted strong revenue and profit gains. All now trade at relatively high price-to-earnings ratios of 50 or higher.

Weibo, often called the Twitter of China, is an extreme case of a highly valued stock, with shares now trading at a price-to-earnings ratio of 104 — higher than all of the other big internet names. The company has achieved that multiple on a rally that has seen its shares double in value since the start of the year.

The company announced on Tuesday after markets closed that it will issue $700 million in convertible bonds, and also gave some preliminary guidance for its financial results for the quarter through September. Those included its forecast that profit would triple to about $100 million, while revenue would be up by about 80% to $320 million.

Despite the strong growth, the company’s stock posted the nearly 6% drop in the Wednesday trading session after it announced the forecasts.

Roberts said the pullback probably represents a brief round of profit-taking following the recent run-up in prices. “I don’t think it reflects a change in sentiment, I suspect more of a blip,” he said.