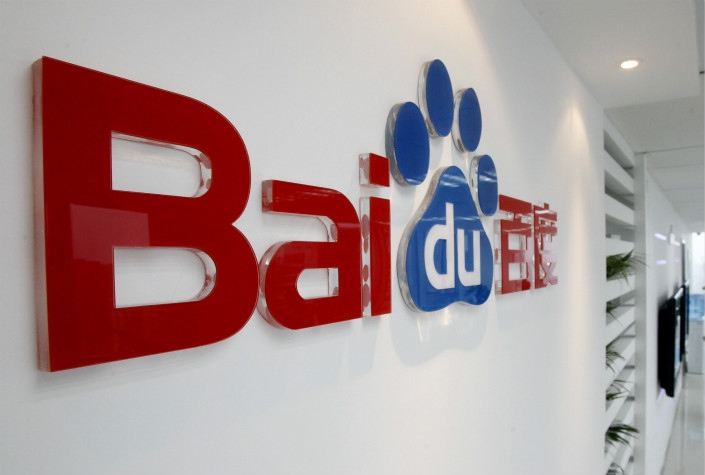 Baidu Chief Financial Officer Herman Yu said the company is pursuing a strategy of freeing up "resources and management attention to focus on AI and projects with strong synergy that will optimize Baidu's long term value.” Photo: Visual China

Online search leader Baidu Inc. reported a big jump in profits as it dumped its money-losing takeout dining business, and forecast revenue growth would accelerate as it focuses on developing its artificial intelligence (AI) capabilities.

The company said its net profit grew 156% to 7.9 billion yuan ($1.2 billion), as revenue grew at a more modest 29% to 23.5 billion yuan, according to its report released after U.S. markets closed on Thursday. The profit included a 4.2 billion yuan gain from the recent sale of its Baidu Deliveries takeout dining unit. On an operating basis, the company reported a strong but more modest 69% rise in third-quarter profit.

Baidu continued to derive the lion’s share of its revenue from its core search business, with online marketing revenue rising 22% to 20.1 billion yuan in the quarter, accounting for about 86% of its total revenue.

Baidu’s shares fell 10.3% in after-hours trade after the results came out, extending a recent pull-back for Chinese internet stocks following strong gains for most of this year. If the after-hours losses are realized in the regular Friday session in New York, Baidu’s shares will have fallen nearly 15% over the past two weeks.

“We delivered solid financial results in the third quarter with top line increasing 29% year over year and operating profit growing 69% year over year,” said Chief Financial Officer Herman Yu. “In the third quarter, we also spun off Baidu Deliveries, as part of a year-long strategy to free up the company’s resources and management attention to focus on AI and projects with strong synergy that will optimize Baidu's long term value.”

Baidu also forecast that it would post fourth-quarter revenue of 22.23 billion yuan to 23.41 billion yuan, representing a year-on-year increase of between 22% and 29%. Excluding its takeout dining service, the outlook would represent stronger growth of between 28% and 34%, it added, underscoring the drag that would be removed with the disposal of that service.