By An Limin, Zheng Lichun and Mo Yelin 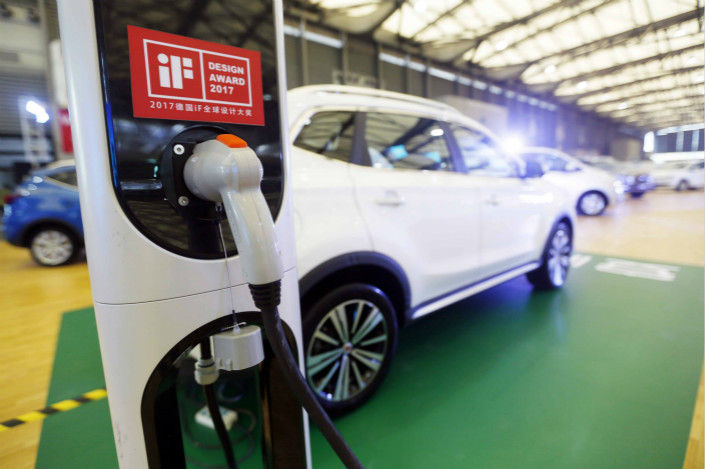 China has long banned foreign companies from owning more than 50% of any car-making venture in the country. And only since last year have they been allowed to control up to 50%. Photo: IC

The as-yet-unofficial news from sources who declined to be named followed a Ministry of Commerce spokesman’s announcement Thursday that U.S. EV maker Tesla Inc. is negotiating to build a production facility in Shanghai. Previous media reports said the plant might be built in Shanghai’s free trade zone.

China has long banned foreigners from owning more than 50% of any car-making venture with a Chinese partner. And only since last year have they been allowed to control up to 50%.

Officials from the Ministry of Commerce and the National Development and Reform Commission (NDRC) in recent months publicly hinted at relaxing the ownership requirement. Moreover, the central government has since June let foreign carmakers form up to three joint ventures to make EVs in China, up from the previous limit of two.

Even if foreign companies in the future are allowed to control their joint ventures in China, vehicles built by foreign-owned businesses within a free trade zone would still be subject to a 25% tariff when shipped to areas of China outside the zone.

Foreign automakers such as Tesla are reportedly eager to expand in China’s growing electric vehicle market. But their ambitions have apparently been affected by the government’s joint-venture rules and concerns about intellectual property theft.

The Wall Street Journal reported recently that Tesla and the Shanghai government had reached a deal for the construction of a wholly owned EV factory in the city’s free trade zone. But not until Thursday did the commerce ministry confirm these negotiations.

Several foreign EV makers have recently formed joint ventures with Chinese partners in the run-up to what’s expected to be a new government quota system aimed at encouraging zero-emissions vehicles. The system is to require that a certain percentage of a vehicle maker’s sales be either EVs or hybrids by 2019.

In June, Anhui Jianghuai Automobile and Germany’s Volkswagen announced they had formed China’s first all-EV joint venture, which is a 50-50 partnership.