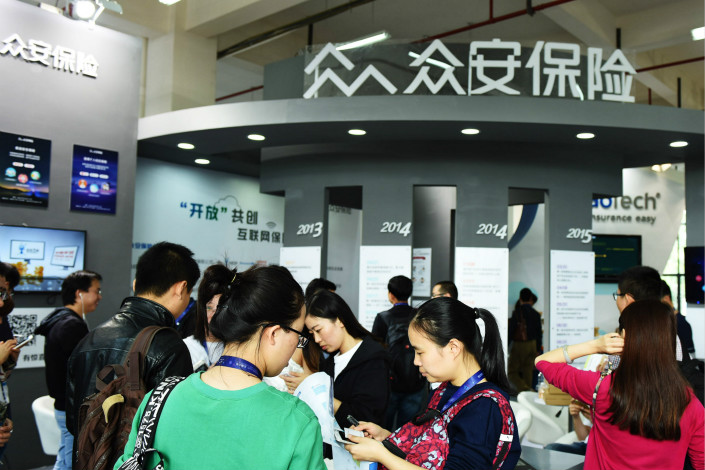 The quickly retracted statement, issued by the Hainan bureau of the China Insurance Regulatory Commission, stirred up a debate as to whether current regulations could keep up with changes in the insurance industry. Photo: IC

A provincial-level regulator recently retracted a statement on its website that said ZhongAn Online Property and Casualty Insurance Co. had been engaging in offline activities not covered by its online-only license.

The statement, issued by the Hainan bureau of the China Insurance Regulatory Commission, stayed online for only two days last week. It is not known why the regulator retracted the statement. The authorities could not be reached for comment.

Still, the short-lived statement stirred up a debate as to whether current licensing and regulations for the insurance industry could keep up with the increasingly blurred lines between online and offline business practices.

On Oct. 25, the provincial regulator said in the statement that there were regulatory risks in ZhongAn’s business model. It noted that ZhongAn relies on offline agents to sign up customers — an activity that falls outside the scope of its license.

The Hainan bureau did not say how regulators should respond.

Industry executives said it is difficult to define the exact scope of an online insurer under current Chinese regulation. Regulation has failed to keep up with the rapid growth of the insurance industry, and regulators have only just started exploring how to oversee the online insurance business, these executives said.

“The regulation is pretty vague,” said an employee of one insurer. “Companies will definitely follow the rules if they are clear.”

ZhongAn started its business by insuring online merchants against losses they incur when dissatisfied customers return products purchased online. But the company has since expanded into several other areas. It now sells policies that protect consumers from a number of adverse events, such as flight delays and cracked cellphone screens.

The Shanghai-based insurer has grown rapidly since it was established four years ago. It now claims to be China’s largest online insurer in terms of customers. It has 492 million enrolled in plans.