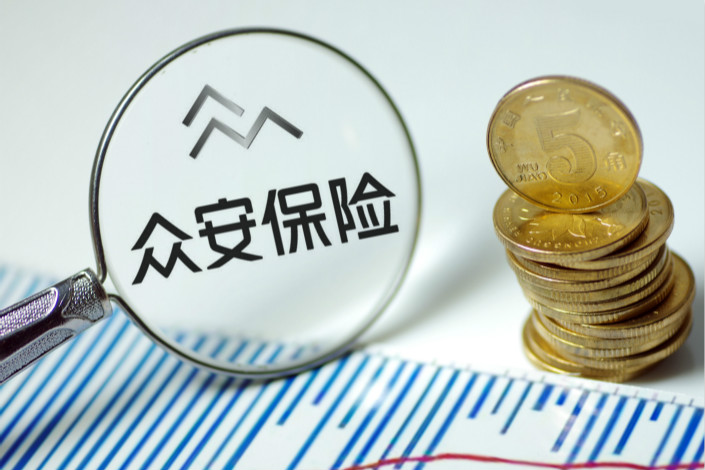 ZhongAn, the online insurance seller with ties to China’s two largest internet companies, raised $1.5 billion from its Hong Kong IPO as investor flocked to the biggest listing to date by a new generation of Chinese financial technology (fintech) companies.

Shares of ZhongAn Online Property & Casualty Insurance Co. Ltd. were priced at HK$59.70 ($7.64) apiece, representing the top of their previously indicated range, according to a company announcement on Wednesday to the Hong Kong stock exchange. The offering raised HK$11.5 billion after being nearly 400 times oversubscribed.

The shares will make their trading debut on Thursday in Hong Kong, under the ticker “6060.”

ZhongAn was set up four years ago by the heads of top internet companies Alibaba Group Holding Ltd. and Tencent Holdings Ltd., as well as insurance giant Ping An Insurance Group Co. of China Ltd. The Shanghai-based company now claims to be China’s largest insurer in terms of customers, with 492 million enrolled in plans, as well as in terms of policies, with about 7.2 billion sold.

It posted a net profit of 37 million yuan (about $6.0 million at the time) in 2014, 44 million yuan in 2015 and 9 million yuan last year, according to the company’s filing with the Hong Kong bourse. IPO underwriter UBS said it expects ZhongAn to post a 174 million yuan ($26.2 million) net loss for 2017 due to a “long-term investment,” but forecast a return to profitability in 2018.

As an online-only insurance seller, ZhongAn is part of a new wave of fintech companies coming out of China. Many of those do most or all of their business over the internet, taking advantage of China’s recent opening of its financial services sector to private investment, ending the market’s previous domination by state-run firms.

Two smaller fintech firms, China Rapid Finance Ltd. and Yirendai Ltd., have made IPOs in the U.S. over the last year in New York, raising more-modest sums of $60 million and $75 million respectively. Another firm, online consumer microlender Qudian Inc., has also filed to make a New York IPO worth up to $750 million in October. But ZhongAn’s offering would the largest to date by a Chinese fintech firm.

Other Chinese fintech firms that could follow with more listings by the end of the year include Hexindai, iClick and Ppdai.