E-Commerce IPO Fizzles as Fintechs Line Up at Gate

By Yang Ge and Chen Mengfan 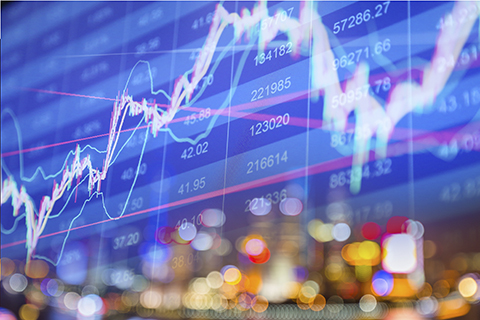 A third New York IPO by a Chinese company last week tumbled on its debut as the trio of firms kicked off a wave of new offshore listings by Chinese high-tech firms set to occur this fall.

The initial public offering (IPO) by Secoo Holding Ltd., a luxury goods e-commerce specialist, raised $110 million after pricing at $13 per American Depositary Share (ADS) on Friday, according to a company announcement. But the shares plunged 23% in their debut, ending their first day at $10 in trading on the Nasdaq.

The company posted losses in 2015 and 2016, but swung to a profit of 52.3 million yuan ($7.9 million) in the first half of this year. Its gross merchandise value – the value of all goods sold over its platforms – rose 51% to 1.9 billion yuan in the first half of the year, with an average transaction of about 3,500 yuan, according to its prospectus.

The deal followed two other IPOs earlier in the week, one by Best Inc., a logistics specialist backed by e-commerce giant Alibaba Group Holding Ltd., and the other by biotech startup Zai Lab Ltd. The former slashed the size of its IPO due to soft demand and posted a small gain on its debut. The latter performed much better, rising more than 50% after raising $150 million.

The sudden flurry of listings, following a relatively quiet start to the year, could be fueled by rising positive sentiment following recent strong gains for China’s three largest internet companies, Alibaba, Tencent Holdings Ltd. and Baidu Inc., analysts said. Alibaba’s shares are up more than 40% since June, while Baidu is up nearly 40%. Tencent shares are up by a smaller but still sizable 25% over that time.

“China-themed names in the U.S. have been on a run this year,” he said. “I think if you're looking to raise capital, the depth and appetite in the U.S. is attractive, and it’s also easier to list.” He added that financial technology (fintech), health, education and green technology listings could all do well due to strong policy support from Beijing.

Last week’s trio of listings are likely to proceed a wave of larger offerings set to come in the weeks ahead, led by a fintech IPO from ZhongAn Online Property and Casualty Insurance Co. Ltd., an online-only insurance company backed by Alibaba and Tencent. That deal is reportedly in the midst of its roadshow and could raise up to $1.5 billion, though a timeline for its pricing and trading debut were not immediately known.

Another deal by consumer microlender Qudian Inc. made its first public filing for a New York IPO last week, in a deal that could raise up to $1 billion or more. A knowledgeable source said that deal is likely to launch during the weeklong Oct. 1 National Day holiday in China, and make its trading debut around the middle of the month.

Several other fintech IPOs are likely to follow by year end, mostly in the U.S., from a group whose ranks include names like Hexindai, iClick and Ppdai. One other deal in the works has Tencent’s online literature unit, China Reading, eying a Hong Kong listing to raise up to $800 million, according to previous media reports.