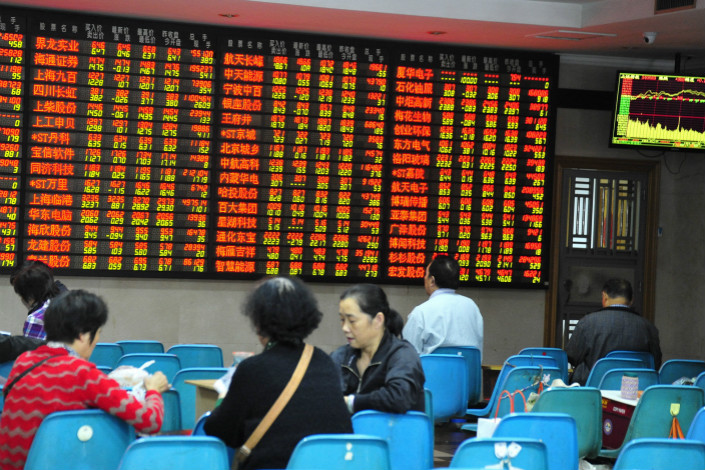 The selloff of China’s $9 trillion bond market continued Monday amid growing concerns that the government might again dial up efforts to slim down the financial system. However, the market recovered somewhat on Tuesday.

The yield on benchmark 10-year Chinese government bonds rose to a three-year high of 3.94% on Monday. The price of the most-traded 10-year government bond futures dropped by 0.88%, the steepest single-day decline since the derivative was launched in March.

Market speculations on new curbs on interbank borrowing among commercial banks started to emerge last week. Chinese government bond futures have slumped and yields have surged since then.

“Historically, the bond market tended to fluctuate more in the fourth quarter than the first three quarters,” said Chen Jianheng, a fixed-income analyst with China International Capital Corp. “But such a rapid rise of yields is not expected among investors or the regulators.”

Several traders told Caixin they had not seen the huge selloff coming, although some market-negative factors were already in the works. A better-than-expected economic growth, tighter financial regulation, and the rising yield of U.S. Treasurys all could hinder the performance of China’s bond market.

The People’s Bank of China tried to dispel the speculations in a statement. However, investors remain jittery over a tighter short-term funding for financial institutions and elevated borrowing costs, said Jiang Chao, chief economist of Haitong Securities Co.

Jiang added that commercial banks might have to reduce their reliance on the interbank market for funding, such as issuing fewer interbank certificates of deposit, among which the government bond is the most liquid investment allocation. These steps may become necessary as government oversight is stepped up.

Some companies have canceled or postponed their issue of short-term or middle-term notes amid a volatile market, while market participants are now closely watching the yields on Chinese government bonds. Some market watchers added that the bond market may take a breather when the yield trade is close to 4%.