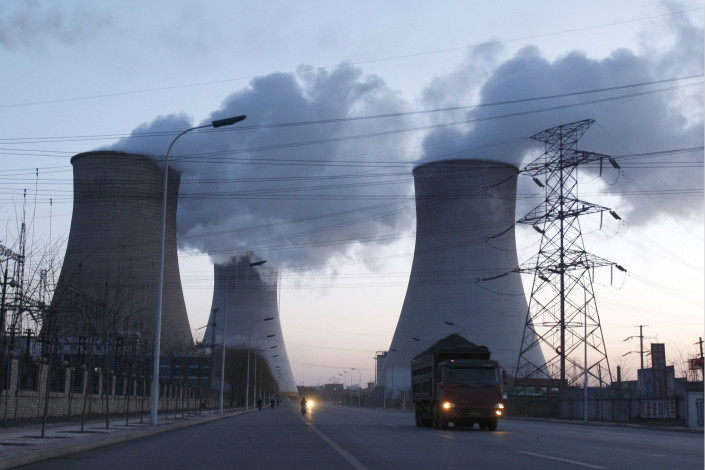 Shanxi province's commission for the economy said that this "winter, and next spring, some areas may experience a situation of tightened coal supply,” and that the "task of ensuring a stable supply of natural gas is formidable.” Photo: Visual China

One of China’s top coal-producing provinces has ordered local governments and companies in the region to ensure adequate coal, natural gas and oil supplies ahead of the peak winter consumption period, as fears grow that some parts of the country may face shortages.

Shanxi, which accounts for just under a quarter of the country’s coal output, has issued a series of demands including a requirement that localities ensure they have three days’ worth of emergency gas supplies, and that production at the most efficient coal mines be boosted if needed.

“This winter, and next spring, some areas may experience a situation of tightened coal supply,” the province’s commission for the economy and information technology said in a statement on its website dated Oct. 10, warning that with demand for natural gas rising as a result of the national coal-to-gas campaign “the task of ensuring a stable supply of natural gas is formidable.”

China’s long-standing campaign to replace highly polluting coal with natural gas has led to a surge in demand for the cleaner fuel. But supply hasn’t been able to keep pace partly due to a shortage of infrastructure such as storage facilities.

Coal prices, which surged this year amid the government’s drive to cut capacity, have remained elevated, leaving many coal-fired power generating companies exposed to higher costs and reluctant to keep high stocks of the fuel. Many provinces have shuttered old, inefficient coal-fired power stations as part of the government’s strategy to cut air pollution and reduce overcapacity in power generation. Shanxi province, for example, has said it will eliminate 49 million tons of coal capacity every year in the five years through 2020.

Faced with a squeeze from all directions, the central government launched a national drive to secure energy supplies in September to ensure the country can meet rising demand for heating over the winter months. The National Development and Reform Commission issued a document calling on "key regions," especially in northern China, to protect coal supplies and "strengthen" their use of alternative energy sources.

Responding to the commission’s call, Shanxi, one of six regions included in a government campaign to reduce smog in northern China over the winter, issued a plan for the province that was posted on the website of the Shanxi Commission of Economy and Information Technology. Coal producers were told to take measures to ensure the safety of the coal supply chain, and to strictly honor medium- and long-term contracts.

The province has been aggressively following the government’s coal-to-gas campaign, which aims to increase the percentage of natural gas in total primary energy consumption to 15% by 2030 from 5.9% in 2015. The provincial capital, Taiyuan, has replaced coal burners for 134,000 households in rural and urban parts of the city with electric or national gas, the official Xinhua News Agency reported earlier this month.

Earlier in October, Taiyuan announced a ban on the sale, transport, and use of coal by all individuals and companies except for some state-owned steel and power plants. The city said it hoped to cut its total coal consumption for heating by 90%.

But in its plan, the Shanxi government warned that the province must not “blindly” pursue the coal-to-gas policy. Officials must ensure the transition happens in an orderly manner and does not cause gas shortages, it said. “Authorities should guarantee the gas supply before setting coal-to-gas conversion tasks ... and ensure a minimum three-day volume of gas storage in the local region,” the statement said.

The plan also ordered the Shanxi branches of PetroChina and Sinopec, the country’s two biggest oil groups to step up their monitoring of the market, and maintain "reasonable inventory levels," especially of winter diesel fuel in colder areas.