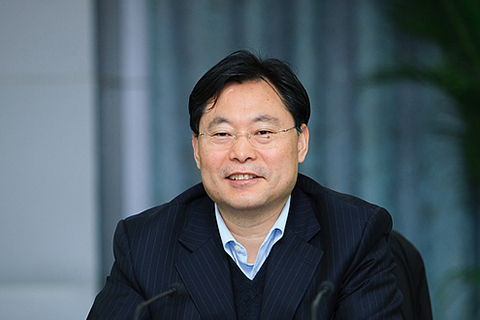 Zhou Xuedong, former deputy head of the Financial Stability Bureau at the People’s Bank of China (PBOC), has been made head of the bureau that is now playing a bigger role in reducing risk in the sprawling financial system, several sources told Caixin.

Zhou, 50, will replace Lu Lei, deputy administrator of the State Administration of Foreign Exchange, who had doubled as the Financial Stability Bureau chief for four months.

The Financial Stability Bureau is a core unit within the central bank, which will be leading a cabinet-level cross-agency committee to assess and curb risks that could spread among financial institutions via shadow banking activities.

This committee, formally known as the Financial Stability and Development Committee, was created in July to lead and coordinate efforts among the central bank and other financial regulators. The aim, as central bank Governor Zhou Xiaochuan put it, is to contain risks in four areas: shadow banking, the asset management industry, internet finance companies and private financial conglomerates.

He worked at the General Office of the State Council, China’s cabinet, for 10 years. There he focused on reforming the financial system, as well as improving efficiency and profitability at state-owned enterprises.

In 2008, he was assigned to become deputy chief of the PBOC’s Financial Stability Bureau. Then he moved on to other posts in the central bank, and pushed ahead with draft rules to oversee credit-reporting companies and third-party payment service providers. Zhou had also proposed stepping up efforts to supervise cryptocurrency trading platforms.