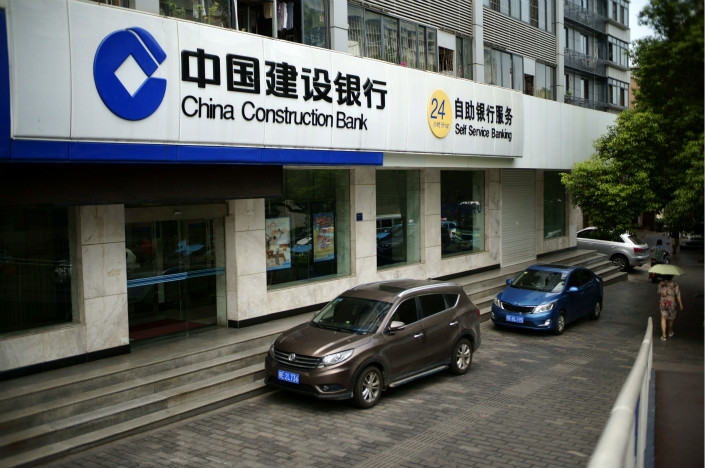 In 2005, when China Construction Bank debuted in Hong Kong, its H-shares were “fully convertible.” It was the first — and the last — Chinese company whose unlisted domestic shares were fully converted to H-shares. Photo: Visual China

Full convertibility of nonlisted shares allows founders or major shareholders of mainland firms to float their shares on the Hong Kong bourse, where non-mainland investors can buy them without being qualified investors on the Chinese mainland.

For now, all conversions need the approval of both the China Securities Regulatory Commission and Hong Kong Exchanges and Clearing Ltd, which runs the Hong Kong exchange.

The policy is seen as another example of China’s loosening its grip on its financial markets.

Caixin has learned that the State Council will select two mainland firms to participate in a pilot program for the full convertibility of H-shares. A senior executive from the Hong Kong stock exchange told Caixin on Monday that the policy is likely to be pushed forward after the 19th National Party Congress ended.

“Everyone wants to join the pilot program, but there’s still uncertainty about the final picks,” a source familiar with the matter told Caixin. “Now that the major national party congress has ended, it’s about time to decide.”

In 2005, when China Construction Bank debuted in Hong Kong, its H-shares were “fully convertible.” It was the first — and the last — Chinese company whose unlisted domestic shares were fully converted to H-shares.

Since 2012, the mainland securities regulator has made several attempts to achieve full convertibility between H-shares and domestic shares of the same company.

None of those attempts ever worked out. One concern is about the impact on the exchange rate of the yuan, as full convertibility essentially allows capital outflows when domestic shares are sold as H-shares outside the mainland.

Caixin has learned that ZhongAn Online Property & Casualty Insurance, which raised $1.5 billion from its Hong Kong IPO in September, is one of the applicants for the pilot program.

In a bid to increase its chance of being picked, ZhongAn plans to propose that the proceeds from any H-share sale will remain within the mainland, Caixin learned.

As of the end of September, there were 225 Chinese companies listed on the main board of the Hong Kong stock exchange, 98 of which were listed on both the mainland and in Hong Kong, according to data compiled by Hong Kong Exchanges and Clearing.

A previous version of this story mistakenly stated that China’s Company Law was amended in 2012. It was actually amended in 2005.