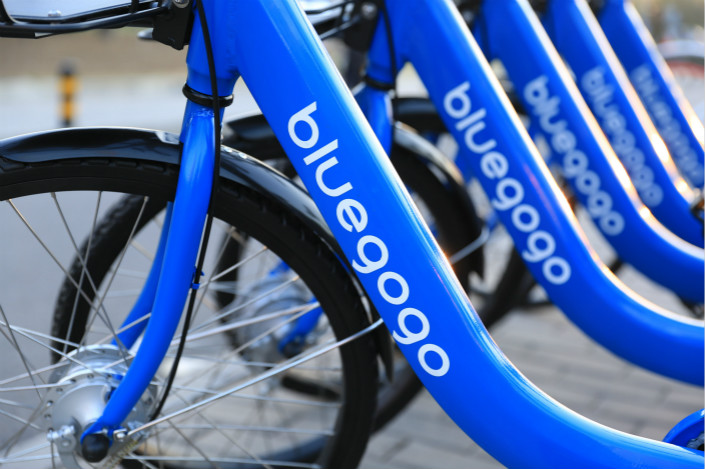 The company behind one of China’s top second-tier bike-sharing firms said it was conducting business as usual, deflecting speculation that it has financial problems after reports emerged of empty offices and customers unable to get back deposits in the capital of Sichuan province.

Recent reports from the city of Chengdu noted an absence of people working in offices belonging to Bluegogo, known for its signature blue bikes. They also said that two of the company’s three maintenance stations in the city had been disbanded.

Bluegogo’s Beijing headquarters was still conducting business, according to Caixin’s understanding. The company told Caixin in September that it had stopped ordering new bikes while it worked on new designs and other adjustments. Rumors had emerged in June that it might be looking for a buyer, though Bluegogo founder Li Gang denied such talk.

After experiencing an explosive period of growth last year, China’s shared-bike services have entered a period of consolidation that is seeing second-tier players start to close or suffer from lack of funds. Pressure is even mounting on the two clear industry leaders, Mobike and Ofo, with media reporting last month that some of the pair’s investors were pushing for a merger of the two.