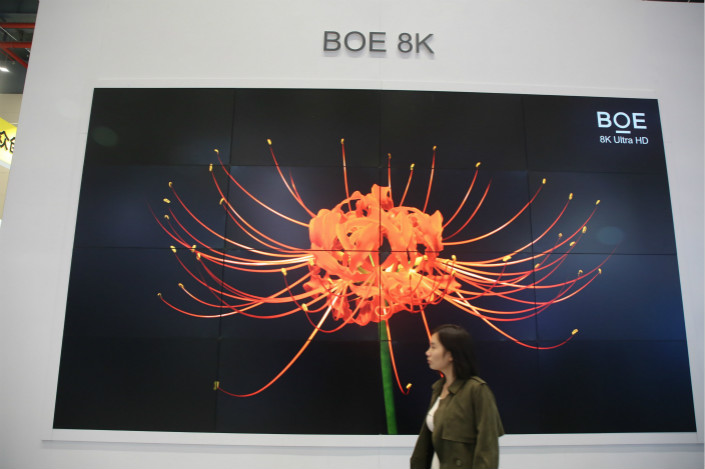 China’s three major LCD panel-makers saw their profits more than double on rising prices in their latest reporting quarter, but could soon face new pressure with the addition of new capacity and growing competition in the highly cyclical sector.

BOE Technology Group Co. Ltd., Tianma Microelectronics Co. Ltd. and the LCD unit of TCL Corp. all posted strong double-digit gains in revenue as well, as panel prices rose sharply on strong demand for the TVs, smartphones and other devices that use liquid crystal display (LCD) panels as one of their key components.

During the same period, CSOT, TCL’s main panel-making unit, reported its revenue rose 34% to 20.4 billion yuan, while its earnings before interest, taxes, depreciation and amortization rose about 150% to 8.6 billion yuan, according to its quarterly report issued this week.

TCL’s smaller LCD unit, China Display Optoelectronics Technology Holdings, reported separately that its average panel prices rose about 54% in the first nine months of this year compared with the same period of 2016.

Global LCD panel prices began rising in the spring of 2016, and continued on an upward trajectory that saw them grow from 20% to 50% through this June, according to industry tracker WitsView, a division of TrendForce. But following that peak, prices have been on a steady downward trend due to oversupply and have fallen about 15%, with more pressure expected through the start of next year, the firm forecast.

A growing volume of new capacity coming online could also weigh on the sector over the longer term. Experts have said that many 10.5- and 11th-generation production lines are now under development in China alone, and most are expected to begin operations in 2018 and 2019.

In one of the latest examples of that, BOE announced in August that it will partner with the government in the central Chinese city of Wuhan to build a 46-billion-yuan production facility. Rising prices for LCD panels dating back to last year’s fourth quarter may have helped to drive that investment.