Dissident Shareholder Falls in Battle for Sina Board Seat 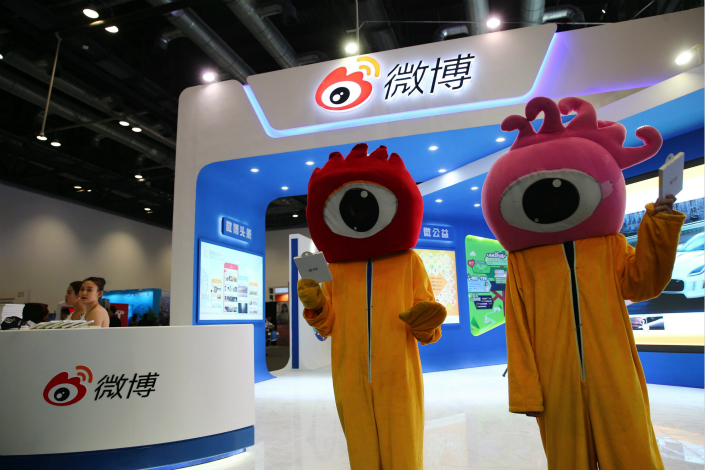 While this battle for Sina's future is over, an analyst told Caixin that the war is likely to continue, saying that "this has always been a long-term struggle, and I suspect that (dissident shareholder) Aristeia was prepared. … I think they are ready for a fight against deeply entrenched interests.” Photo: IC

Shareholders of leading web portal Sina Corp. re-elected the company’s lone incumbent board member up for a new term this year, foiling a dissident shareholder that nominated two alternate candidates in a bid shake up the undervalued firm.

Among the 72% of Sina shareholders who cast votes in the election, more than 85% were in support of re-electing incumbent board member Zhang Yichen, Sina said in an announcement of preliminary results on Friday. Shareholders have been casting their votes in the run-up to the company’s annual meeting this week.

Dissident shareholder Aristeia Capital had previously nominated two candidates, and was waging a war for votes among the company’s independent shareholders. Aristeia had argued that Sina was grossly undervalued, since its large shareholding in the Twitter-like Weibo Corp. was worth more than Sina’s entire market value. Aristeia had suggested its nominees would push for Sina to distribute the Weibo stake as a dividend, or even put the entire company up for sale.

Sina said that more than 75% of votes cast were against one of Aristeia’s nominees, Brett Krause, and 55% were against the other, Thomas Manning. Sina’s Chairman and CEO Charles Chao controls about 32% of the company’s stock, according to the company’s latest annual report.

“Sina’s board and management team are grateful for shareholders’ support, input and participation in our 2017 annual general meeting,” said Chao. “We are pleased that shareholders recognize the transformative growth and the unique value of the company. We will continue engaging constructively with our shareholders toward our common goal of long-term value creation.”

While the defeat marks a setback for Aristeia, it was not unexpected due to Chao’s big holdings in the company. Still, the contested board seat could just be the beginning, and represent an opening salvo in a longer-term battle for reform of Sina, said Ryan Roberts, an analyst at MCM Partners.

“The outcome of the vote was surprising: shareholders have just selected more of the same — the stock trading at less than the sum of its parts,” Roberts said. “Is this over? I don't think so. This has always been a long-term struggle, and I suspect that Aristeia was prepared. … I think they are ready for a fight against deeply entrenched interests.”

Sina shares fell 4.8% on Thursday in New York before the results were announced. But they are still up more than 60% this year on strong gains for Weibo.