Luck Runs Out on Chinese Tours to Gambling Spots 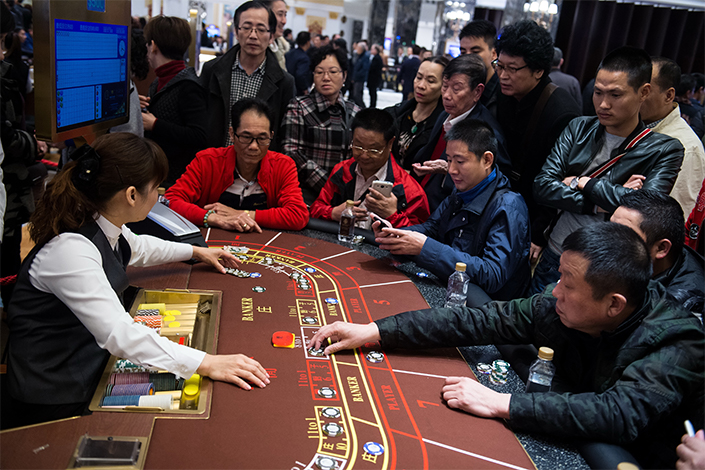 The China National Tourism Administration said Wednesday that tour guides could face fines of up to 20,000 yuan ($3,030) for altering tourists’ itineraries without prior notification or forcing them to shop at designated stops during a tour. Above, Chinese mainland tourists gamble in a Macau casino. Photo: Visual China

Chinese tourists can say goodbye to holiday packages that include playing blackjack in Las Vegas or watching risqué performances in Thailand from January.

A new set of rules by China’s tourism industry watchdog threatens to revoke licenses of tour guides who organizing trips to such places linked to gambling, sex or drugs, or slap penalties of up to 20,000 yuan ($3,022) on violators.

Gambling is illegal in China but Chinese travelers’ penchant for gambling abroad has inspired special casinos to cater to their tastes including the Lucky Dragon in Las Vegas. The rules also apply to domestic tours.

The China National Tourism Administration Wednesday said guides could also face up to 20,000 yuan in fines for altering tourists’ itineraries without prior notification or forcing them to shop at designated stops during a tour.

The administration stopped short of saying how it’s going to track potential violations of the “Rules on the Oversight of Tour Guides.” However, it launched an electronic license system for guides, linked to a national database, on Wednesday.

The tourism industry has been marred by scandals in recent years with a string of altercations or even violent confrontations between tourists and guides. Most of these incidents were reported during “budget tours” that were operated below cost. Guides organizing such cheap tour packages work in tandem with shops to dupe travelers into buying expensive gifts or souvenirs to recoup costs and make a profit.

Five Beijing tour guides were jailed for up to a year in July for forcing clients on a discount tour to pay more than what was initially agreed upon half way through the trip.

An unlicensed tour guide in Lijiang in the southwestern province of Yunnan was fined 10,000 yuan and his employer was fined 300,000 yuan in January 2014 after he was filmed hurling abuses at tourists who refused to make purchases at several designated shops.