By Zhu Liangtao and Yang Ge 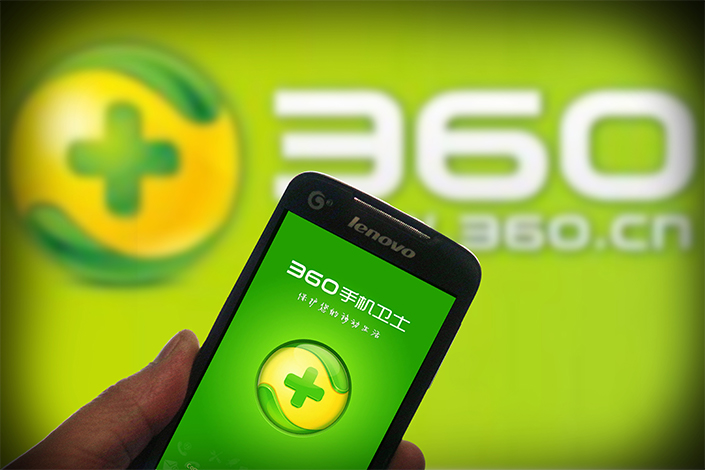 Qihoo was part of a broader wave of about three dozen U.S.-listed companies that announced plans to privatize and leave New York, feeling their shares were underappreciated and they could get better values by re-listing in China. Photo: Visual China

Qihoo 360, the software security specialist that became the biggest privatization among a wave of Chinese companies to de-list from New York, will make a backdoor re-listing in China in a deal valued at 50.4 billion yuan ($7.6 billion), according to an announcement on Friday.

The deal will see Shanghai-listed elevator maker SJEC Corp. issue new shares to acquire Qihoo 360’s assets, valuing those assets at 50.4 billion yuan, according to a stock exchange filing by SJEC. The new shares would go to Qihoo’s 42 existing shareholders that helped to privatize the company from New York last year, in a buyout valued at $9.3 billion.

As part of the latest deal, often referred to as a backdoor listing because it goes through no formal IPO process, SJEC’s current elevator-making assets will be spun off to two of the company’s current controlling shareholders for 1.8 billion yuan.

At the end of the process, Qihoo chief Zhou Hongyi will end up with 12.14% of the listed company’s shares, while the combined stake held by the two current controlling shareholders will drop to 1.74% from the current 29.57%, according to the announcement.

Qihoo was part of a broader wave of about three dozen U.S.-listed companies that announced plans to privatize and leave New York, feeling their shares were underappreciated and they could get better values by re-listing in China. Most of those plans were announced in the first half of 2015 when China’s own stock markets were in the midst of a major boom, which was later followed by a major correction.

Qihoo’s deal was the largest of the New York buyouts, and ran into problems because of its size due to difficulties transferring the necessary funds from China to the U.S. Zhou had previously said he was in no hurry to re-list, but a source close to the company told Caixin he was coming under recent pressure to do so from some of the backers of his original buyout.

Due to a big backlog in applicants for formal IPOs in China, companies must now wait on average for a minimum of a year and a half to list that way, and sometimes much longer. By comparison, backdoor listings can often be accomplished within a year. Other companies that have made similar backdoor re-listings in China after leaving New York include outdoor advertising specialist Focus Media and hotel operator Homeinns.