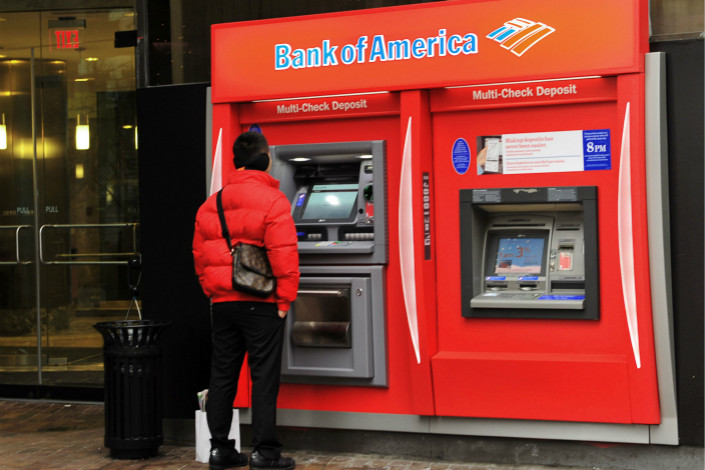 UnionPay said its strong U.S. presence should help it target the estimated 3 million Chinese who traveled to the country last year, which was up 15% from 2015. Photo: Visual China

UnionPay, operator of China’s only national electronic payments clearing service, said it has reached nearly 100% penetration at U.S. ATMs and more than 80% at U.S. stores, more than a year after signing a landmark tie-up with U.S. financial giant Visa Inc.

At popular destinations for Chinese tourists, such as outlet malls, and in the cities of New York, San Francisco and Los Angeles, the penetration rate for UnionPay cards among stores that accept credit cards is even higher at more than 90%, the company said in an announcement marking the major milestones. The announcement comes just ahead of Donald Trump’s first visit to China as U.S. president, set to begin on Wednesday.

UnionPay is a venture between many major Chinese banks, and operates a domestic electronic transfer settlement network similar to the global ones run by Visa and Mastercard Inc. The company has been aggressively expanding its network outside China by forming alliances with other network operators, catering initially to growing numbers of Chinese traveling abroad.

One of its biggest tie-ups to date saw Visa and UnionPay sign an agreement last year to “work together to strengthen and create new value for the bank card ecosystem benefiting consumers, merchants, financial institutions, and technology partners.” The pair did not specify at the time if the agreement would include giving each other access to their networks, and a UnionPay spokeswoman could not comment if the firm’s strong U.S. penetration was achieved in part through that tie-up.

UnionPay said the strong U.S. presence should help it target the estimated 3 million Chinese who traveled to the country last year, which was up 15% from 2015. UnionPay also began targeting local U.S. customers last year with a dollar-denominated credit card, but has not commented on the progress of that campaign.

While UnionPay has made strong inroads into the U.S., Visa and MasterCard are still prohibited from offering yuan-denominated clearing services in China and are not widely available on the country’s ATM networks. A WTO ruling in 2012 found that China was unfairly blocking the foreign competitors from offering locally-based services, and Beijing promised to open the market. But to date none of the foreign companies has been granted a license to offer yuan services in China.

Visa told Caixin in August it had recently applied to China’s central bank for a license to conduct a domestic bank-card clearing business, in a bid to tap the $110-trillion market monopolized by UnionPay.