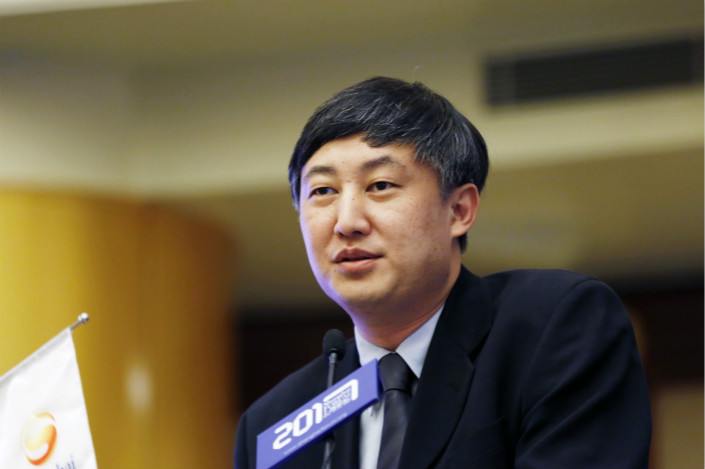 Regulators have been taking a tolerant stance on fintech firms to encourage innovation and improve competitiveness in the financial system, said Sun Guofeng (pictured), head of the People's Bank of China finance research institute. Although banks dominate China’s financial system, the actions of some large fintech firms could impact its health. Photo: IC

Financial technology (fintech) companies, especially the sizable ones, should fall under the same risk assessment framework as banks, an official from China’s central bank said.

Back in August, the People’s Bank of China (PBOC) for the first time said it wanted to include internet finance companies in its Macro Prudential Assessment framework, a risk monitoring and mitigation system designated for banks.

It remains unknown whether or when that will happen.

Regulators have been “exercising tolerance” toward fintech firms to encourage innovation and improve the financial system’s competitiveness, Sun said. China’s financial system is dominated by banks, so increasing sources of competition can make the entire system more efficient, but at the same time many risks were exposed and left unattended.

The actions of some large fintech firms could have an impact on the health of the entire financial system, he added.

One reason for the rapid development of China’s fintech industry is that there is often an easy flow of data between internet applications and financial platforms. But Sun said it is perhaps time to give more weight to personal information and data privacy, such as by asking whether user information from e-commerce and social media platforms should be directly transferred to financial platforms, he said.

In a statement issued Saturday, central bank Governor Zhou Xiaochuan warned that many high-risk activities were taking place under the guise of “financial innovation” and creating market bubbles.