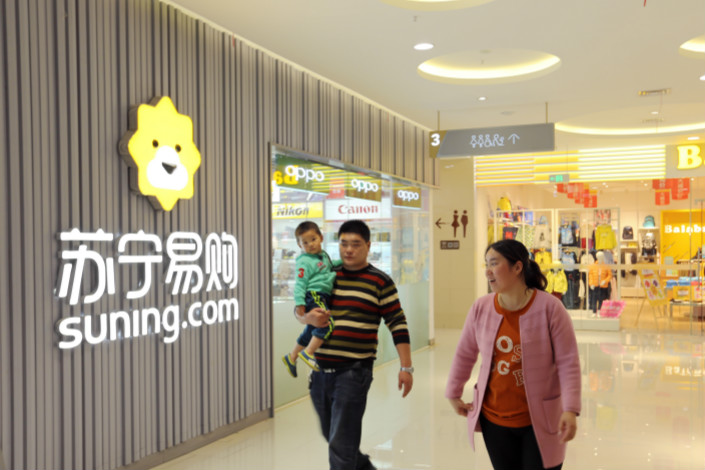 China Evergrande Group said six parties have agreed to invest 60 billion yuan ($9.05 billion) in its Hengda Real Estate subsidiary as the unit conducts a third fundraising round as part of its plan for a backdoor listing.

Evergrande’s spinoff of the unit is part of a broader campaign among offshore-listed Chinese companies that are returning home to list in search of higher valuations. Many of those have privatized from exchanges in New York and Hong Kong to relist at home, while some, like Evergrande, have chosen instead to list some of their largest subsidiaries in China.

The latest fundraising will see four new investors join two others who have previously invested in Hengda, according to an Evergrande announcement filed on Monday to the Hong Kong Stock Exchange. The six investors will get about 14% of the new Hengda Real Estate when the backdoor listing on the Shenzhen Stock Exchange is complete.

Among those, the biggest new investor is Suning Electrical Appliances Group Co. Ltd., a subsidiary of electronics retailing giant Suning Holdings Group, which will contribute 20 billion yuan for 4.7% of Hengda, Evergrande said. Another group of previous investors from northeast China’s Shandong province will provide another 20 billion yuan.

New investors Shenzhen Amer, Guangzhou Yehoo and Ding Xiang Sichuan will each receive about 1.2% in the new Hengda for separate 5 billion yuan investments; and previous investor Jiayu will provide another 5 billion, bringing its total holdings to 1.8%. As part of the latest deal, Evergrande said it has guaranteed that Hengda’s net profit, excluding nonrecurring items, will be at least 50 billion yuan, 55 billion yuan and 60 billion yuan for the three financial years of 2018, 2019 and 2020 respectively.

Following completion of the latest funding round, the new Hengda will be 36.5% owned by outside investors, who have contributed a total of 130 billion yuan over the three funding rounds.

One of Evergrande’s units will remain as Hengda’s largest stakeholder with 63.5% of the newly listed company.